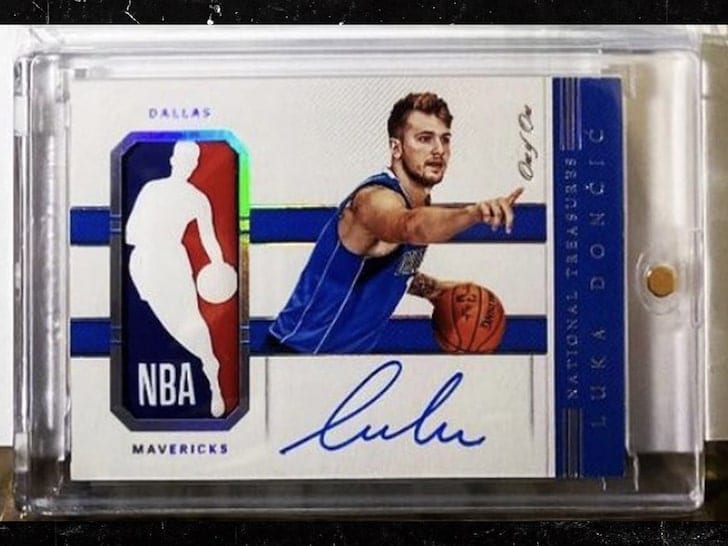 Rare pieces of basketball history can sell for quite a pretty penny, and that is exactly what happened recently as an ultra-rare Luka Doncicrookie basketball card sold for an exorbitant amount of money.

The card is the only one in existence and it features the NBA Logoman patch from a Dallas Mavericks jersey. On top of that, it has an impeccable signature with blue ink.

The basketball card was initially removed from a box of 2018-2019 Panini National Treasures Basketball a couple of years ago, during a live pack break at the Layton Sports Cards shop in Altamonte Springs, FL.

A collector named Bolillo Lajan San eventually got his hands on the card for an undisclosed amount. The collector decided to keep the card in his possession as he expected the price to skyrocket.

And skyrocket it did, as Lajan San confirmed selling the card to high-end collector Nick Fiorella for $4.6 million on Sunday. The sale is only behind a 1952 Topps Mickey Mantle card that was recently sold for a whopping $5.2 million.

The third position is held by a 2009 Mike Trout Superfractor that sold for $3.9 million.