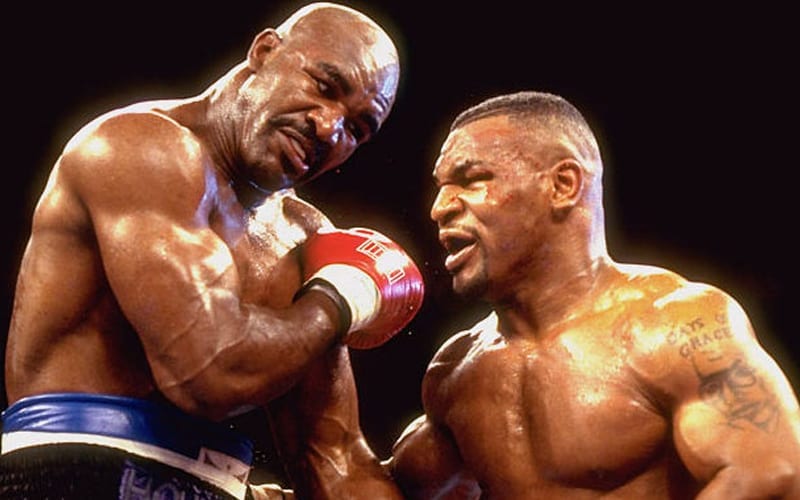 Mike Tyson has been in the boxing ring with many great rivals. He is apparently set to square up with one of his biggest challenges ever once again.

Evander Holyfield told Lance Pugmire, of The Athletic, that he plans to box Iron Mike again soon. They will be announcing the date of their third bout, set to stream on Triller, eventually. No hard timeframe was given.

[email protected] tells me while training today that he expects to fight @MikeTyson for a third time in a soon-to-be-announced bout on @triller and when I asked him if the card would include @TeofimoLopez, he responded that would be “cool.” “Now excuse me, I have to go jump rope.”

This is a huge deal and boxing fans will remember the history between Tyson and Holyfield, mainly their June 28th, 1997 fight. Evander Holyfield lost part of his ear in a moment that DQ’ed the fight and made referee Mills Lane a celebrity in the process.

2021 is an interesting year already, and we’re excited about the idea of seeing 58-year-old Holyfield lock horns with 54-year-old Tyson. God help us.

When Holyfield was asked if Teofimo Lopez will be a part of the event, he liked that idea. Nothing is 100% confirmed yet, but this is certainly a big sign that fans should prepare to mark their calendars for a huge boxing match in 2021.