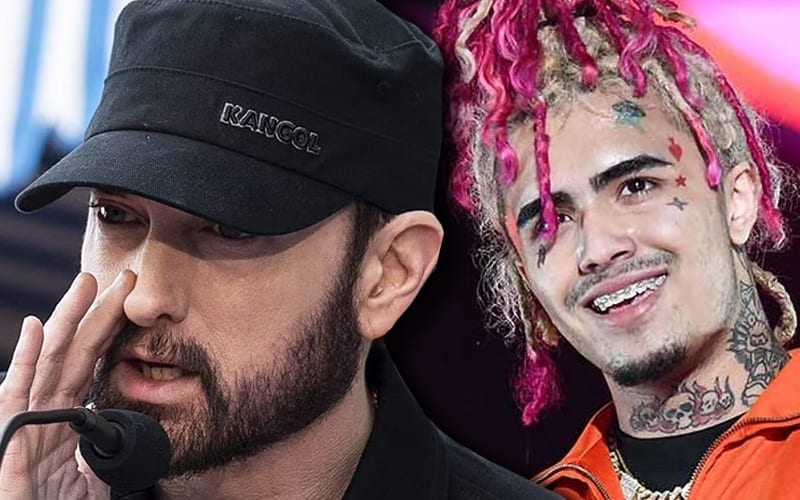 Eminem has been in a few beefs throughout his career, many of them he started with his own edgy lyrics, but he probably remembers them all. The same can’t be said about Lil Pump.

Slim Shady and Lil Pump started a beef when Pump cried out: “F*ck Emimen.” So far, Eminem hasn’t bothered firing any shots back at Lil Pump, but that didn’t stop fans from gasping at the audacity he had to besmirch Marshall Mathers’ name in such a way.

During a recent interview with Joey Crack, he expressed confusion about Lil Pump’s proclivity to start beefs on social media. “I never understood the Eminem, what was that about?” he asked.

Lil Pump responded by asking “Who?!” as if he hadn’t heard of Eminem. Then he followed it up by saying that he “don’t remember that. It ain’t my fault, I was asleep. I’m so sorry about that.”

We’re not sure how one can sleep while slinging shade at Eminem, but that’s Lil Pump’s story. He didn’t remember Shady, then he didn’t remember dissing him, that was followed by a form of an apology. We’ll have to take it.

You can check out the clip for yourself below. From the sound of it, this is as much of an apology as Lil Pump is willing to give.