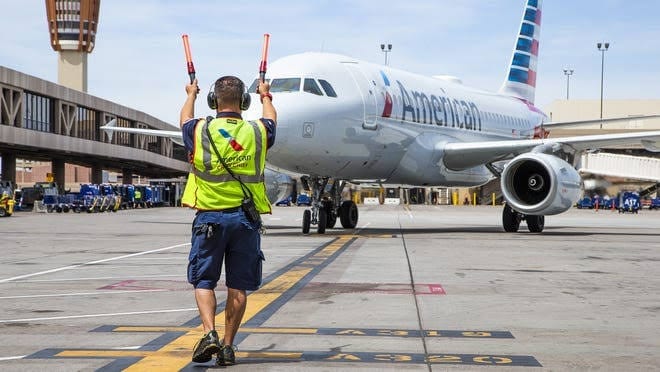 An American Airlines flight had to change course after two women racially abused and physically assaulted a male passenger, according to a report from Yahoo News.

The incident occured on a plane headed from Dallas-Fort Worth, Texas to Los Angeles, California. After the altercation broke out, the plane diverted to Phoenix, where law enforcement “removed and arrested two individuals for verbally and physically assaulting other customers and flight crew members.”

According to witness statements, 30-year-old Kelly Pichardo and Leeza Rodriguez, 29, were involved in the altercation. Pichardo and Rodriguez allegedly used a racial slur when a male passenger asked them to stop using that language. Thereafter, Pichardo to spat on the passenger.

“Kelly Pichardo became upset and allegedly spit at the male passenger who had asked her to stop using that language. The male passenger then began to record the two women and that is when Leeza Rodriguez struck the man’s hand to keep him from recording the incident.”

The two women were charged with disorderly conduct and Pichardo faces felony assault charges. They currently are on American Airlines’ internal refuse list as the investigation continues.

American Airlines issued a statement reassuring passengers that the investigation is being taken seriously.

“We continue to investigate this incident and are working directly with impacted customers to ensure their well-being, We thank our crew members for their professionalism in managing a difficult situation.”