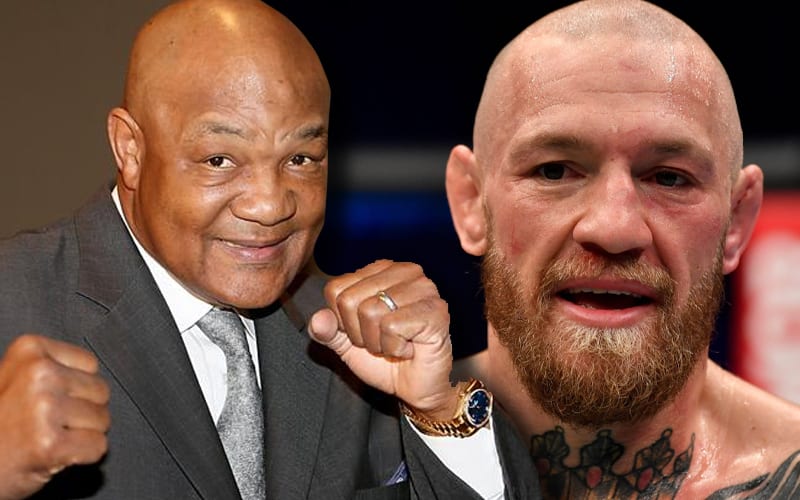 Conor McGregor has a large target on him, and boxing legend George Foreman is paying attention.

McGregor made a KILLING off his exhibition fight against Floyd “Money” Mayweather in 2017. George Foreman has Notorious’ back when it comes to a boxing career. This came after McGregor’s loss to Dustin Poirier at UFC 257.

The Daily Star got some words out of Foreman where he supposed the idea of Conor McGregor stepping back into the boxing ring instead of the Octagon.

“It’s hard for McGregor to accept it but he’s a better puncher than he is in MMA.”

If Conor McGregor can keep pulling down huge checks it might not matter to him where he applies his craft.

We’ll have to see what Conor McGregor wants to do next, but he might want to make up for that last MMA loss before anything else.