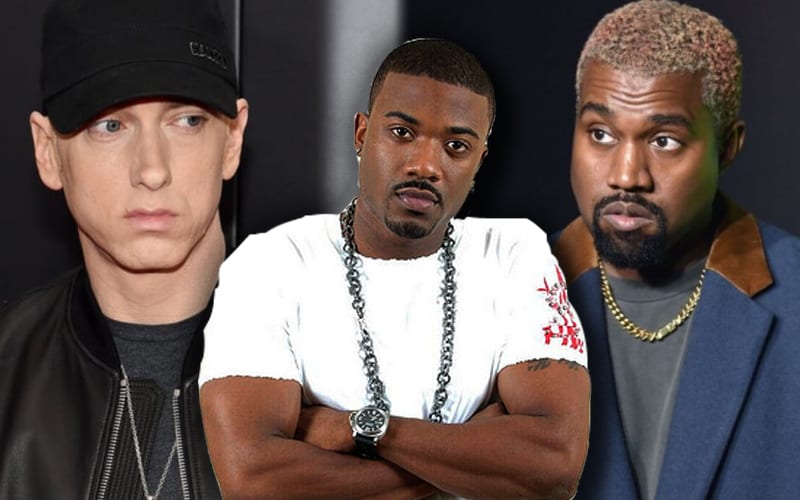 Ray J has been featured on the media cycle on more than a few occasions for different reasons. He obviously pays attention to when his name pops up in another artist’s song as well.

During a recent episode of Between The Lines with Genius, Ray J addressed the line in Kanye’s “Highlights” about him. He had a pretty hilarious response since he is now friends with Ye.

“That’s what it say in the song? No it don’t! That was cool, it’s like he’s having a conversation. I didn’t know it said all of that. I thought it ended after the b-*-t-c-h line. I mean, listen, Watch the Throne is one of the greatest albums of all time, hands down. And the concert, that was some of the craziest sh*t and one of the most simple creative masterpieces I’ve ever experienced. Maybe we might need to be friends now! Everybody need to just put all our sh*t behind. It’s 2021, it’s all love over here. Let’s bring the love together.”

When it comes to be the subject in a line from Eminem’s “Godzilla,” Ray J seemed to love the mention from Slim Shady.

“Man, you always wanna get an Eminem mention. I don’t know, that’s at the highest level of it. Somebody get Eminem on the phone. Let me say what’s up and let me soak up some knowledge real quick. Let me come learn some sh*t or give me some goddamn publishing!”

Ray J has experienced a lot in his career. He likes to brag about some moments more than others, especially since he “hit it first.” He obviously appreciates the fact that his name is still getting some kind of attention.

Zack Snyder Explains Why Jared Leto’s Joker Belongs In ‘Justice League’
5 minutes ago by NormBatez49
I would love to see Joker in Justice league. Hopefully ...