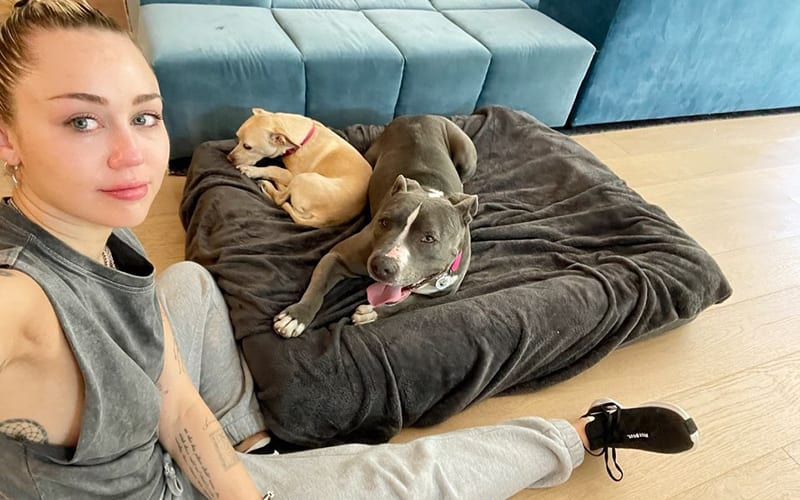 Miley Cyrus is well known for her liking towards pit bulls. This is especially after her late pet, Mary Jane treated her so well.

On January 21, Miley took to Instagram shared some adorable snaps of the new addition to her fur-baby family.

In a heartfelt post, she wrote how the animal had spent months sleeping on concrete while waiting to be adopted. The “Plastic Hearts” artist named her new family member Angel and immediately purchased several dog beds.

Miley talked about how Mary Jane had passed due to cancer and will always be very special to her. It was for this reason that she decided the name Angel for her newly adopted pit bull.

Almost two months ago my best friend a rescued pit mix Mary Jane left this world. I knew she wasn’t gone for good. She had out lived the body she was in but she never said goodbye ….. with her eyes she whispered “See you soon Bestie.

She was very overjoyed with the adoption and showed how she was so accepting of an animal that is not always considered safe.

It breaks my heart to know Angel was sleeping on concrete in a shelter for 3 months before finally making it home. The stigma and stereotype that surrounds pit bulls tears me in two. This breed is incomparably loving. Just like humans nurture often overrides nature.