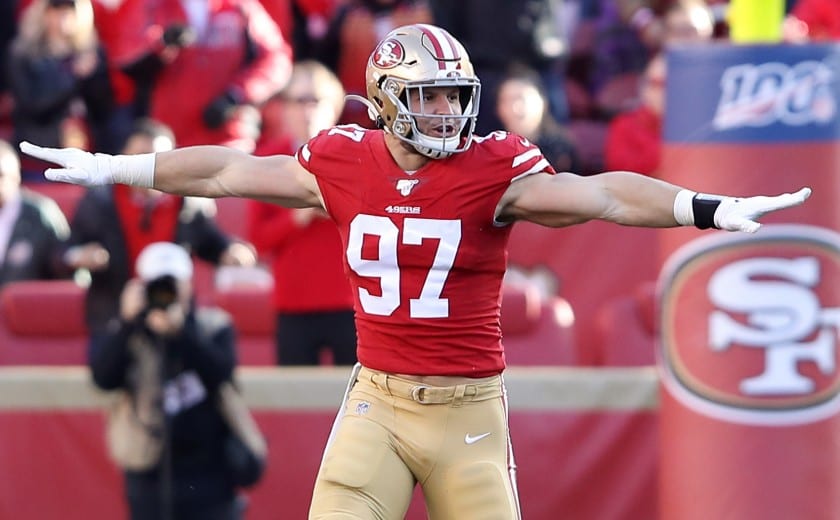 The current condition of the San Francisco 49ers is certainly not a good one, as a good few members of the team suffered injuries in the NFL last year. The biggest loss was DE Nick Bosa, who suffered a ‘bigger ACL injury.’

The 2019 Defensive Rookie of the Year was on the shelf for a huge part of his sophomore campaign after he suffered a torn ACL and cartilage damage on his left knee during the team’s win over the New York Jets.

Judging by his current rehabilitation process, the current belief is that he will be able to make it in time for the start of the 2021 campaign. That would mark Bosa missing an entire year due to injury. Now it seems the 23-year-old star finally gave more details about his condition.

NFL insider Josina Anderson recently spoke to Bosa on Monday and he revealed what Bosa said about his current condition. Here is what Bosa said:

“You’ll see my progress on the field next year. Tell them I’m gonna be better.”

We hope Bosa makes a speedy recovery and returns to the field as soon as possible. The young player certainly has a bright future.