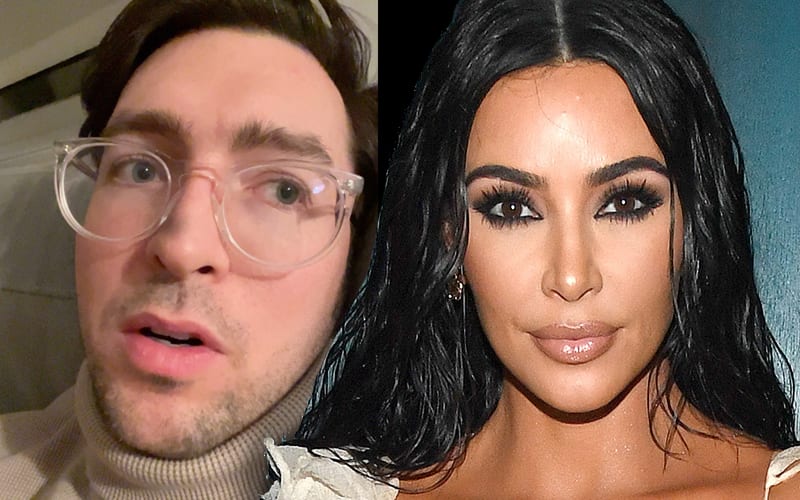 Kim Kardashian and Kanye West are going through a divorce. They have a TON of assets to sort out, but they plan to co-parent their four children. The fact that Kim is brand new to being single won’t stop one actor.

Nicholas Braun, from HBO’s Succession, took to his Instagram account to shoot his shot with Kim. He posted a video that questioned what her next move will be and he suggested that maybe she might take a chance on him.

“Where does she go … at this moment? ‘Cause she’s been through three marriages now and it’s like, are you willing to even take a shot on a new guy at this point? Would you be down to meet a new person, totally just kind of different guy? One who could, you know, make you laugh a little bit or make you feel small cause he’s so tall.”

“Or, you know, just a guy who’s reaching out, talking about her on the internet. A guy who makes a video like this and he’s just sort of, like, trying to find a way to talk to her because he doesn’t know anybody who knows her. So, he’s just sort of making a video that might possibly penetrate her… not the right word choice… but enter her sphere.”

The 32-years-old actor hasn’t received a response from Kim Kardashian just yet, but he might need to get in line. That line is likely starting to build in a hurry. We will remain on the edge of our seats to see which DMs Kim replies to.

You can check out Nicholas Braun’s video about Kim Kardashian’s newly single status below.