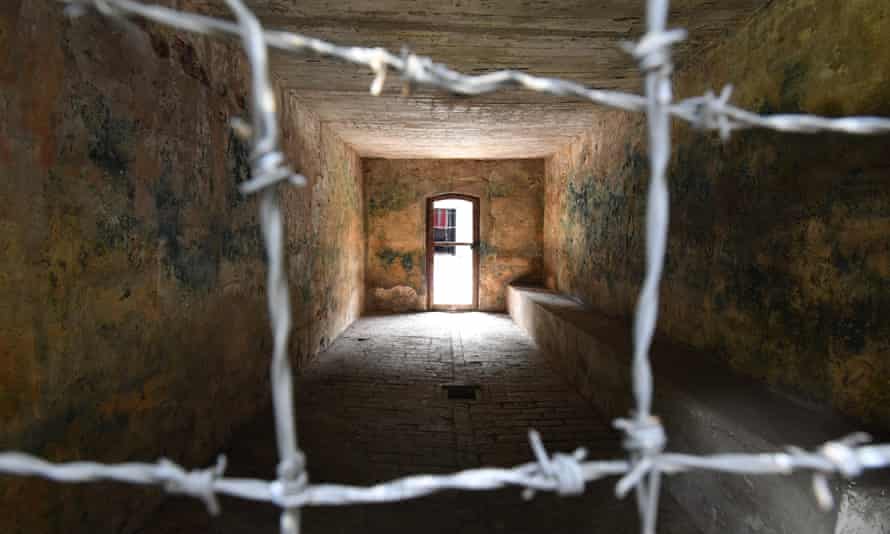 The Holocaust was truly one of the most heinous crimes against humanity. What was perhaps more heinous was the willing and active participation of young Germans in the gruesome killings of six million innocent Jews. One such individual was Friedrich Karl Berger who served as a Nazi guard of concentration camps during the Holocaust.

Even after over seven decades since the Holocaust, the American Department of Justice has been proactive in sending Nazi guards and conspirators back to Germany to answer for their crimes against humanity.

According to CBS News, Berger who was a resident of Tennessee since 1959 was sent back to Germany “for participating in Nazi-sponsored acts of persecution during his employment at the concentration camp in 1945”.

Monty Wilkinson, Acting Attorney General reiterated that America would not provide refuge to Nazis who committed “crimes against humanity and other human rights abuses.”

“In this year in which we mark the 75th anniversary of the Nuremberg convictions, This case shows that the passage even of many decades will not deter the Department from pursuing justice on behalf of the victims of Nazi crimes.”

Berger is the 70th person to be arrested and deported back to Germany for his Nazi war crimes. During his trial, he admitted that at 19-years old, he guarded prisoners and was responsible for the evacuation of 1,733 prisoners over two weeks that led to the deaths of 70 people . He also claimed that he never wanted a transfer from the concentration camp guard service. Berger claimed that he still receives a pension from Germany for his employment in the country, “including his wartime service.”

The Holocaust will foreover be remembere for his atrocrities against humanity and innumerable human rights violations.

O’Shea Jackson Has A Soft Spot For Certain WWE Superstars
16 hours ago by Hope
I was fired by my boss and was jobless for ...