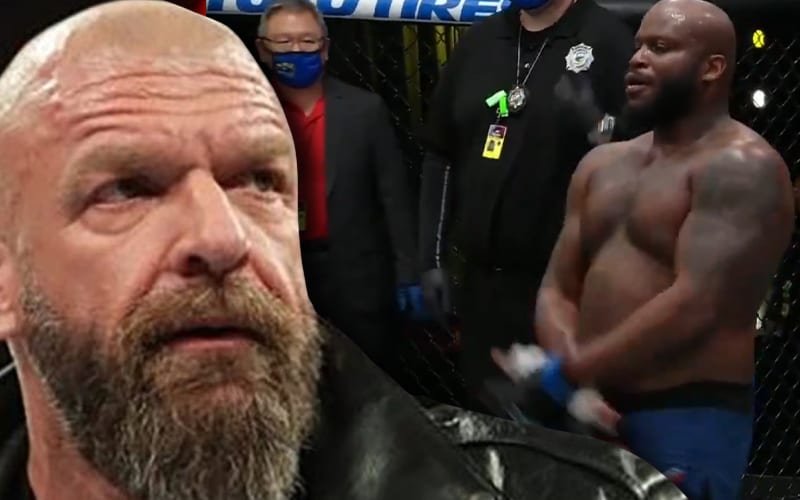 Derrick Lewis put Curtis Blaydes away at the UFC’s Apex Facility for the UFC Vegas 19 event. Then he had a very familar taunt after that KO win. Lewis threw down a few DX crotch chops, and Triple H noticed.

Ariel Helwani replied to a video of Lewis by saying: “I wasn’t expecting Derrick to break out the multiple DX chops.” It was a bit of a surprise to see.

Triple H, who holds a WWE Hall of Fame ring for being a part of DX, replied and broke it down a bit as to why Lewis fits the bill to throw such an iconic gesture.

We’ll have to see if Derrick Lewis picks up the phone if WWE calls him. That DX crotch chop could have meant several things. If anything, it’s always a great taunt. He also threw down the Undertaker’s throat slashing gesture while he was at it. It appeared as though he threw in a little bit of Randy Orton, too.

In the meantime, Lewis will keep waiting for that fight against Overeem. Check out the clip below!

Zack Snyder Explains Why Jared Leto’s Joker Belongs In ‘Justice League’
6 minutes ago by NormBatez49
I would love to see Joker in Justice league. Hopefully ...