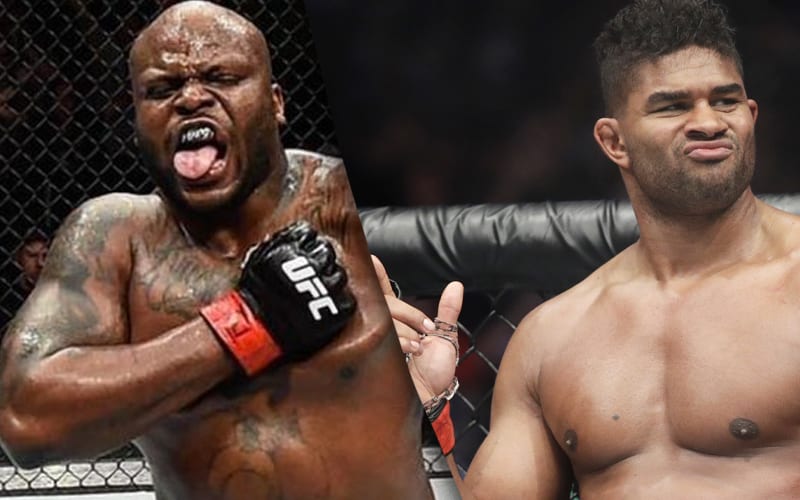 Alistair Overeem is having one final run, and Derrick Lewis wants to fight him.

Lewis is taking on Overeem’s teammate Curtis Blaydes in Saturday’s UFC Fight Night 185 main event fight. He hopes that he can eventually settle the score with Overeem himself.

During media day before UFC Fight Night 174 in August, Lewis said that Overeem turned down a fight with him three times. Overeem then said Lewis would be an “easy payday.” During his pre-fight conference on Thursday, Lewis fired back again at Overeem.

“Overeem has been talking a lot of smack. I don’t talk trash to fighters, calling them out this and that. Whenever I hear someone talking trash to me then I say something back. Other than that, I’m not worrying about what’s going on with UFC fighters. I’m not keeping up with these guys.”

“If Overeem is watching this, man, you still got it. Look in my eyes: You still got it. So do not hang them up yet because I really do want a piece of that. I want to clap them cheeks.”

We’ll have to see if they can work out a future fight. They are definitely doing enough talking to generate enough interest for a hefty payday if they can arrange a deal to settle things for real in the Octagon.