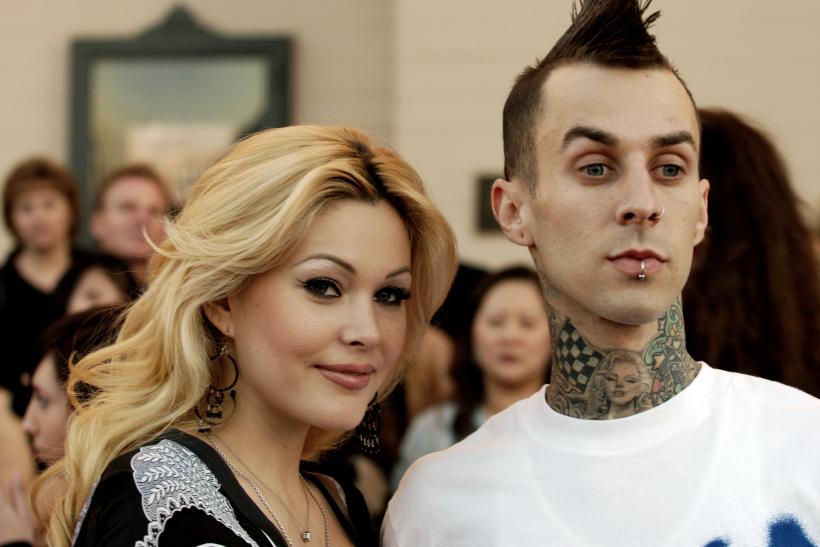 After a lot of rumours were floating about that Blink-182 drummer Travis Barker and Kanye West’s sister-in-law Kourtney Kardashian were dating, the couple effectively confirmed the rumours last week on Valentine’s Day.

It seems many people are happy for the new budding relationship and surprisingly, that includes Travis Baker’s ex-wife Shanna Moakler.

Shanna Moakler is a model and was married to Baker from 2004-2008. According to a report by PageSix, Moakler expressed her joy and goodwill for the new couple while walking through LAX on Friday,

Moakler allegedly liked a tweet where it appeared as if she was bitter about the relationship but then Moakler clarified the situation, stating that there is no animosity between the coparents.

Moakler said that she just wants Baker and Kardashian to be happy.

“He’s my friend and co-parent, and I want him to be happy,” Moakler said while navigating the airport terminal. “If being with her makes him happy, and she’s happy, I’m happy for both of them, honestly.”

As stated earlier, Moakler and Travis were married for four years and have two kids, Alabama Luella Barker, 15, and Landon Asher Barker, 17.