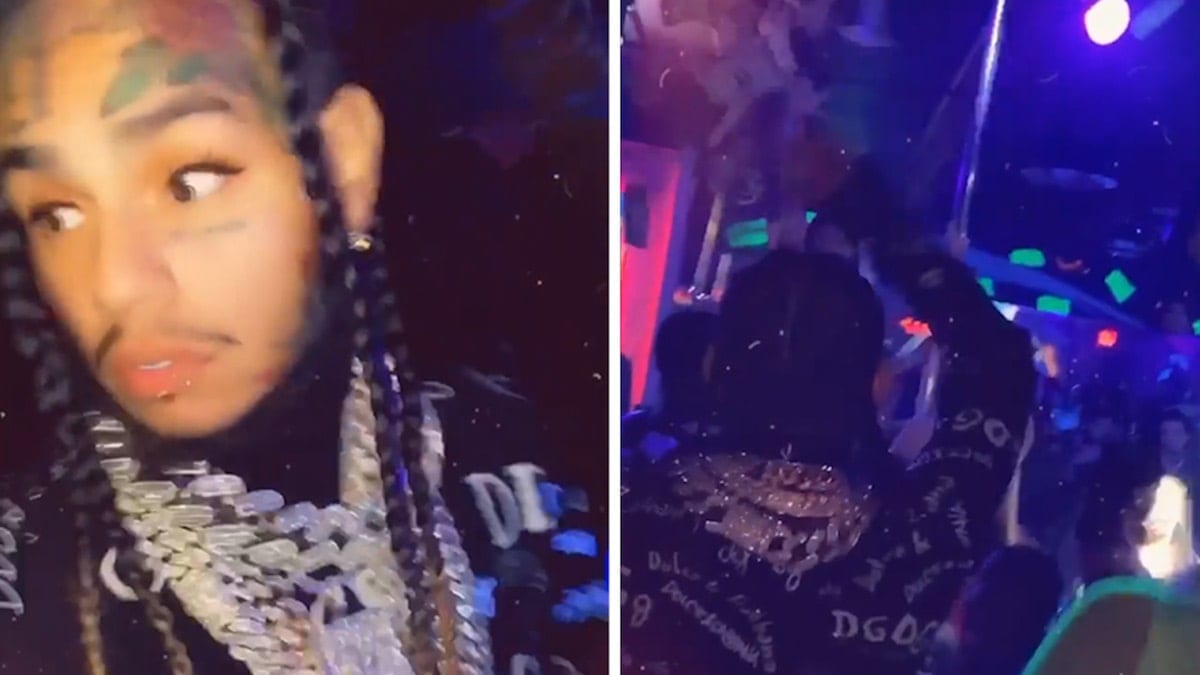 Tekashi 6ix9ine has just been accused of being in a tussle in a nightclub where one woman ended up injured.

The rumor is starting to spread like wildfire after the injured woman posted a video of the tussle and him inflicting the wound, but it is hard to tell whether it was Tekashi 6ix9ine who threw the bottle.

Many have reported online that Tekashi 6ix9ine was in fact at a Miami hotspot. The tussle grew over time and suddenly things got way too heated to handle.

Nobody has so far ascertained whether he was directly engage in the conflict or not, but many have reported that it all started with the rainbow rapper being heckled at the nightclub.

The woman posted the video accusing the ‘Zaza’ rapper on Instagram where there is definitely a bottle heavy with a liquid is seen flying, but it is hard to figure out who the real culprit is.

The injured woman, with Instagram title xoprettylexx posted her wound and the video captioned:

@6ix9ine throwing bottles in the club & cracking bitches!!! Tf type of shit is this! I was at WORK and came home with staples in my head!! Video proof!! Look at that bottle he threw flying !!!!! @hollywoodunlocked @theshaderoom @akademiks

There has been no official statement from Tekashi 6ix9ine reacting to the situation or acknowledging whether he was even in the tussle or not.