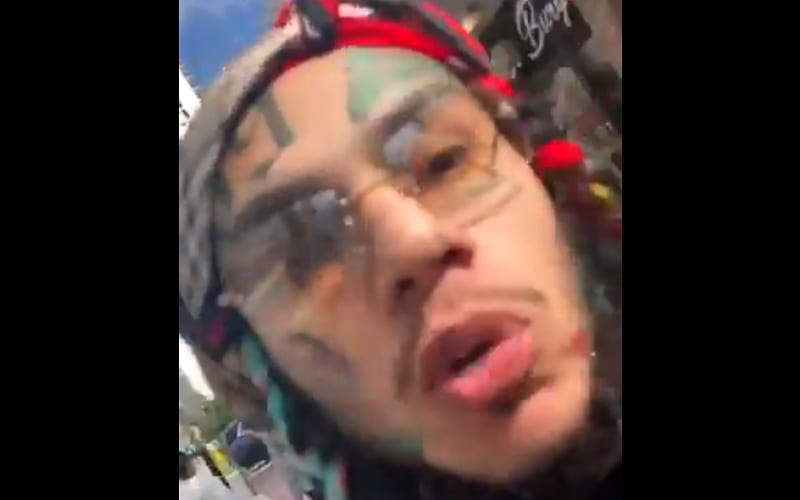 6ix9ine is at it again, but we’re not sure who he’s calling out this time. All we know is that this dude is apparently a “pussy” like Mill.

New video has surfaced of the famous and controversial rapper calling out a man outside of an establishment. This skirmish drew a crowd as the hater created distance between himself and 6ix9ine, especially when he saw that video was recording.

He kept hurling insults, and then the camera flipped around to prove that 6ix9ine was his own cameraman. He kept dropping the N-Bomb and saying this guy was a pussy like Mill.

We’re not sure how this situation was settled, but they certainly caused a scene. It looked like people were trying to settle 6ix9ine down.

You can check out the video below. Add this into the category of times things escalated quickly with 6ix9ine.