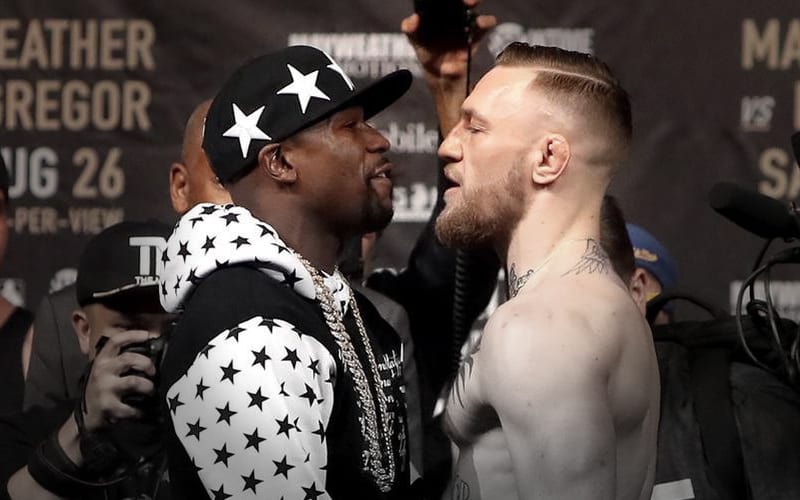 Conor McGregor remains an outspoken and controversial figure in the entire world of MMA and also pop culture in general. Boxing star Floyd Mayweather will be turning 44 years on February 24 and it seems McGregor decided to wish Mayweather an early birthday, just not in the way one expected.

McGregor and Mayweather are certainly no strangers to each other. The “Notorious” one squared off against Mayweather in a boxing match back in August 2017. At that time, McGregor was the first-ever simultaneous two-division UFC champion as he was both the lightweight and featherweight titles in UFC.

It also marked McGregor’s debut into the world of professional boxing. Mayweather ultimately won the match thanks to a 10th round TKO and since then, neither have competed in a boxing match.

McGregor took to Instagram and uploaded a post, where he wished Mayweather by taking a shot at him. McGregor referenced Mayweather not being included in Forbes’ 2020 list for highest-paid athletes of that year. McGregor himself was ranked 16th on the list.

“We miss you on the Forbes.”

McGregor recently lost to Dustin Poirier at UFC 257 in a second-round TKO.