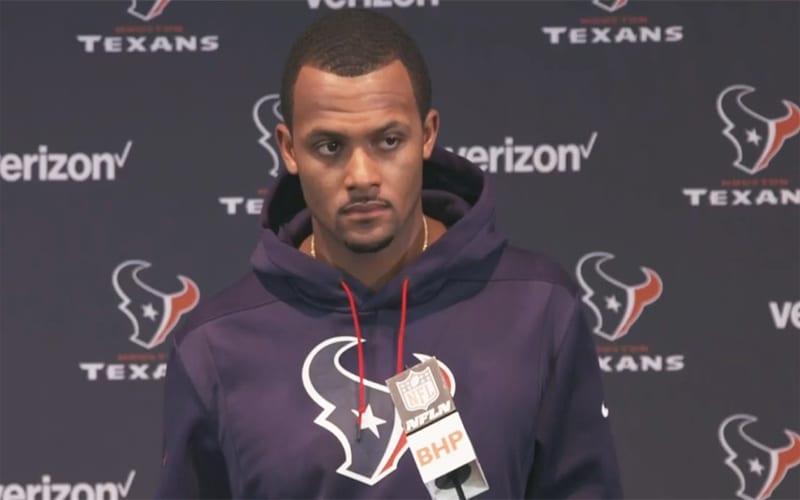 One of the key players in the sports business, Nike has suspended their relationship with NFL player Deshaun Watson after grave allegations of sexual misconduct & the subsequent investigation surrounding the claims.

Nike has been in an endorsement deal with Watson since 2017, started exactly on the day when Watson had entered the NFL Draft. Nike announced the end of their endorsement of Watson in a statement.

We are deeply concerned by the disturbing allegations and have suspended Deshaun Watson. We will continue to closely monitor the situation.

The endorsement’s ending comes right after the accuser came forward and revealed her true identity in a news conference, who was Ashley Solis. She is not the only one with the allegations against the superstar.

Watson is also dealing with lawsuits by 20 other women, all of whom accuse him of being extremely inappropriate when getting a massage from them. Ashley Solis said in the news conference:

I’m a survivor of assault and harassment. Deshaun Watson is my assaulter and my harasser. I hope [Watson] knows how much pain he’s inflicted on me physically and emotionally.

While Deshaun says that the allegations are all false and this is an attempt to reach deep into his pockets, the criminal investigation against Deshaun started by the Houston PD will reveal what is exactly the truth.