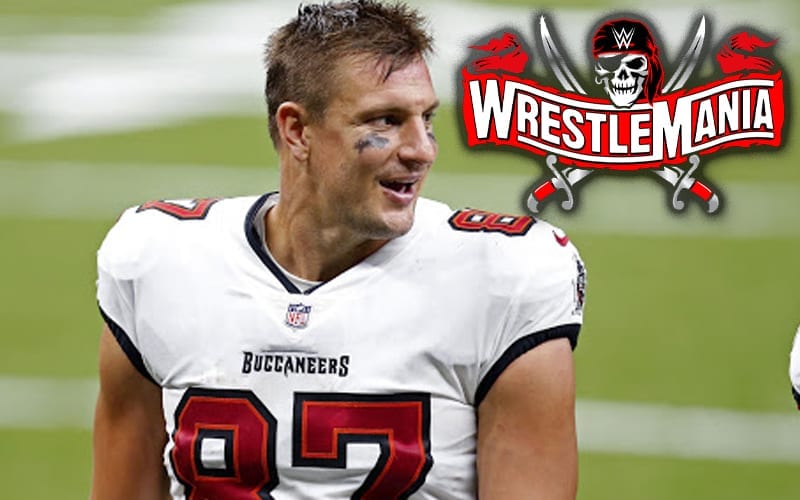 Rob Gronkowski was a member of the WWE roster this time last year. He was the special guest host for WrestleMania, a show without any live crowd. He could return this year because the show is at the Tampa Bay Buccaneers home stadium

Pardon My Take recently had Triple H on as a guest and he said that there have been discussions about bringing back Gronk. He didn’t confirm whether it would happen as soon as this weekend’s WrestleMania, but you never know what WWE has planned.

“It’s a possibility. I know it’s been discussed. I’m of the opinion that as the first opportunity with Gronk was happening and we were meeting with him around the Super Bowl, you kind of don’t know what Gronk is going to do until Gronk does what he’s going to do. You can have a lot of conversations but until he actually shows up, I don’t know if it’s going to happen. There have been conversations around that. As always, there’s going to be a lot of celebrity influence.”

Gronk won the WWE 24/7 Title at WrestleMania last year. He did so after performing a big dive in the Performance Center. Bad Bunny, WWE’s celebrity guest this year, won the same title on the road to WrestleMania. We’ll have to see if Gronk makes a return or not, but he’s very busy counting his Super Bowl rings.