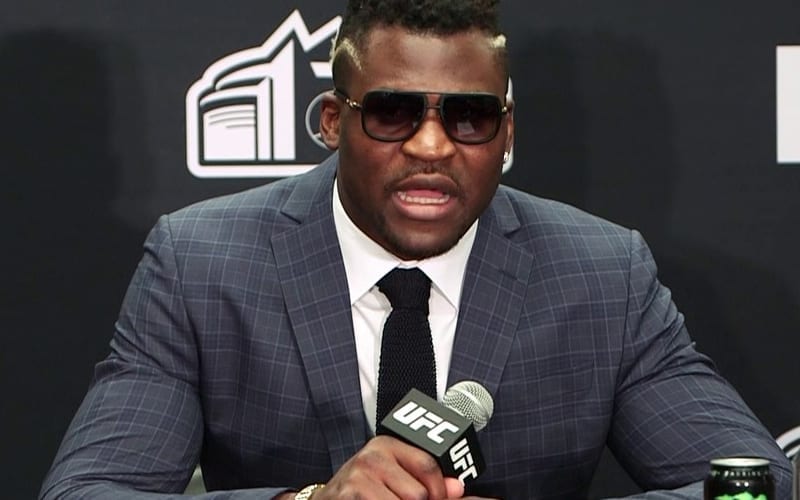 UFC Heavyweight Champion Francis Ngannou has cemented himself as one of the best fighters in the UFC. Now it seems the African fighter has his sights set on a top boxer.

While speaking to TMZ Sports, Ngannou was asked whether he wanted to face Tyson Fury in a boxing match. Here is what he said:

“Absolutely. I’m open to that. Remember boxing was my primary dream and I still have the fire, the dream inside me and I believe at some point, I’m gonna make a step.”

Ngannou was then asked whether he wanted to face Mike Tyson in a match. Ngannou promptly declined the idea as he said:

“I don’t want to fight Mike Tyson but I would like to fight another heavyweight boxer as such as Tyson Fury.”

Ngannou is currently expected to defend his title against Jon Jones in an upcoming fight. On the other hand, Fury will face Anthony Joshua later this year. We will have to see if Ngannou and Fury face each other in the future.