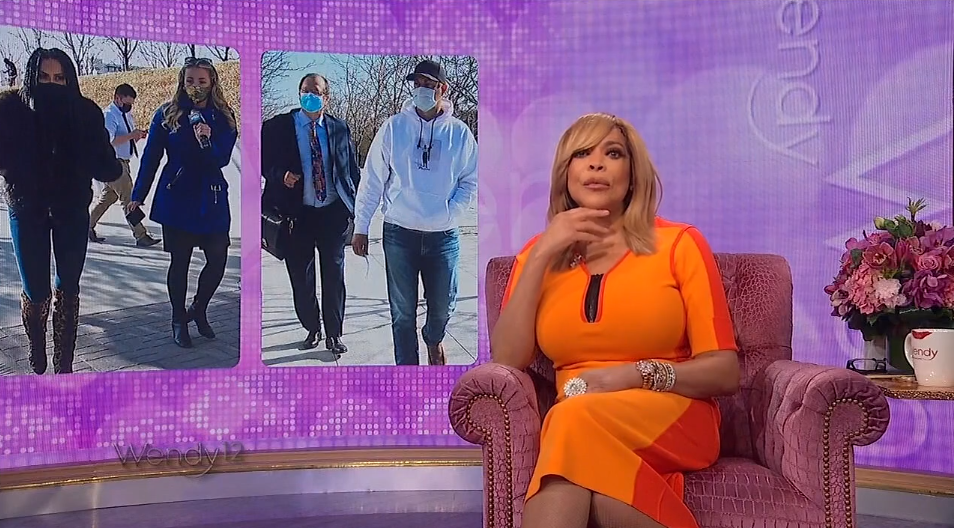 Jen Shah, the star of Real Housewives of Salt Lake City star was arrested recently. Right on cue, controversy queen Wendy Williams had some things to say about the whole situation. Williams started her Hot Topics segment, by discussing the events around Shah.

“This morning we woke up to Jen being arrested,. And it looks like she’ll be going to prison. She ran a fraudulent telemarketing scheme for the past nine years, with her grown man assistant Stuart. Stuart’s involved too, allegedly.”

Shah was arrested on March 30 and federally charged for her alleged crimes, along with her assistant, Stuart Smith. According to a press release from the Department of Justice U.S. Attorney’s Office of the Southern District of New York, Shah was charged with conspiracy to commit wire fraud and money laundering through an alleged telemarketing fraud scheme. The two are awaiting trial and haven’t been detained yet.

Williams then went on to say that he reality star brought it upon herself when she chose to star in the Real Housewives of Salt Lake City.

“If she’s been doing this for nine years, why would you go on reality TV knowing you’re running a scam? And knowing that eventually you’ll be found out based on your attitude. People are looking for your demise.”

The Wendy Williams Show host also blew up at Shah for ruining people’s lives and called for her imprisonment.

“People never understood how she was so rich. Even Andy Cohen asked her, ‘how do you get your money?’ The girls on the show used to say, ‘how do you get your money?’ When people have to ask you that all the time, Coach, that is your job to figure it out. You’ve got a 17-year-old and a 25-year-old. Everyone’s life is now going to suffer because of this…to me, this is worse than Joe Giudice. This is worse than Apollo. This is the worst. They should throw her in jail.”

Do you think Wendy Williams was right to blow up at Jen Shah like that or do you think she could have been more sensitive to the situation? Let us know in the comments below.