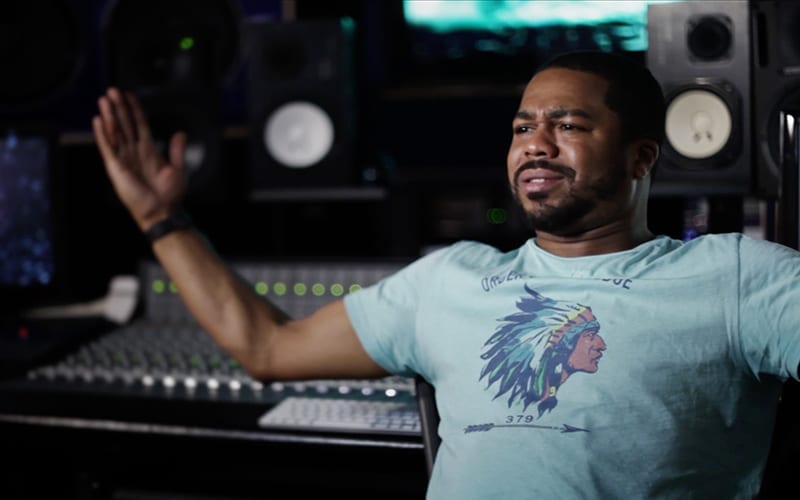 Just Blaze is one of the most legendary figures in the world of rap and hip hop. When Mac Miller was only 19-years-old, he got the opportunity to work with the long time collaborator of Jay-Z & Eminem.

When speaking to Recording Academy on the 10-year anniversary of his iconic mixtape Best Day Ever, the recording artist talked about what Mac Miller’s first impressions on him were like & how he was when he was just rising up in the world of music.

A friend of mine, Alex, we called him The Bald God, was helping me find young talent to work with. Mac was on the list. Whenever he was in New York, he’d come to the studio, hang out and record. No real serious business arrangement. Let him rock and see what happens.

He explained how Mac had a certain sense of maturity and history that up & coming artists of his age usually lack, and that he had a sense of the foundation of music and how to use that to build upon it.

He understood, ‘This is the foundation that what I’m doing is built on.’ I think part of the reason why I have been able to be successful is because I understood that foundation. He reminded me of myself in that way. Some people are like, ‘That was before, this is what we’re doing now.’ The fact that he was so knowledgeable about what came before him, I admired that and I respected that.

He went on to describe his experience with Mac Miller at the time the artist’s “All Around the World” recording, and how each aspect of the recording came together as they were just seeing how it all comes together.

He used to just send me songs to get an opinion,” he said. “With ‘All Around The World,’ he had already cut a demo. I was just finishing my new studio. That song contained a sample of ‘Heartbreaker’ by MSTRKRFT. Jesse [Keeler] and Al-P of MSTRKRFT were old friends of mine. I was like, ‘I can get you the stems to this record and make it into something.’ They sent me files to the original version. We added the actual stems from the original sample and got it done. It wasn’t a big thing. To be honest, I had just finished my new mix room and I was trying to test out the room and figure out what we needed to fix or change. That record, and a few other records [at the time], I didn’t charge anything for. I was really just trying to test the room. I was able to help a few artists with their careers or help them get their start. I was happy to be a part of that with him. Again, we never had a formal business arrangement. Sometimes it’s just an artist you believe in and you try to support them however you can.

As Just Blaze stated that there was no formality between the two and Mac was one of the artists he was about to help out with his career, it seems like the two formed a close bond. Blaze also commented on how sad it is that it’s been many years since Mac Miller passed away.

Time flies. When I thought about it, I was like, ‘Damn.’ It’s hard to believe it’s been 10 years. And it’s harder to believe it’s been as many years as it has been since he’s been gone. To be honest, a lot of times when you’re making history, you’re not thinking about the fact that you’re making history when you’re doing it. You’re too busy being in the middle of it.

Mac Miller’s spontaneous creativity and Just Blaze’s years of experience had forged something truly historical, something that would never be forgotten too easily by the masses. Check out the legendary song down below and let us know what do you think about it.