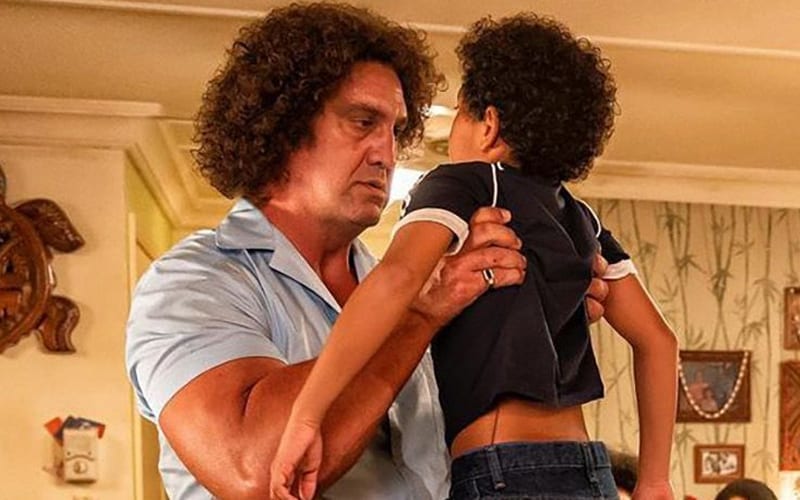 NBC’s Young Rock tells the story of a younger version of Dwayne Johnson. It’s impossible to tell that story without including some pro wrestling legends. Andre The Giant is represented along with many others.

Matthew Willig, the man tasked in portraying the larger than life pro wrestling legend, recently spoke to Hollywood Life. He was never told to gain a bunch of weight for the Andre part, but he packed on 30 pounds to get that “Andre feel.”

“They didn’t even ask me to gain weight. I knew I needed to. I needed to have that Andre feel. He wasn’t a guy that worked out. He wasn’t buff or cut up. He was just Andre, you know? I kind of had to eat myself into that. I gained about 35 pounds, which is a lot of weight, and I am not a small guy to begin with… I have been as low as 275 and have beefed up in the last year and hovered around 295ish. On my frame at six-eight, I don’t look fat at all, but I knew I needed to add fat. Thirty-five pounds was tough. I did it in increments three months before I shot, including adding the last 10 in Australia while in quarantine and nothing to do, so it was a little easier at that point. But again, I tried to make sure that when my shirt was off and trunks, I wanted to have that Andre look as much as possible.”

For the record, the real Andre The Giant weighed in at 520 pounds.

Gaining that much weight for a role does show a tremendous amount of dedication. We’ll have to see how long Young Rock stays on the air. Matthew Willig might find himself keeping that extra weight on for even longer.