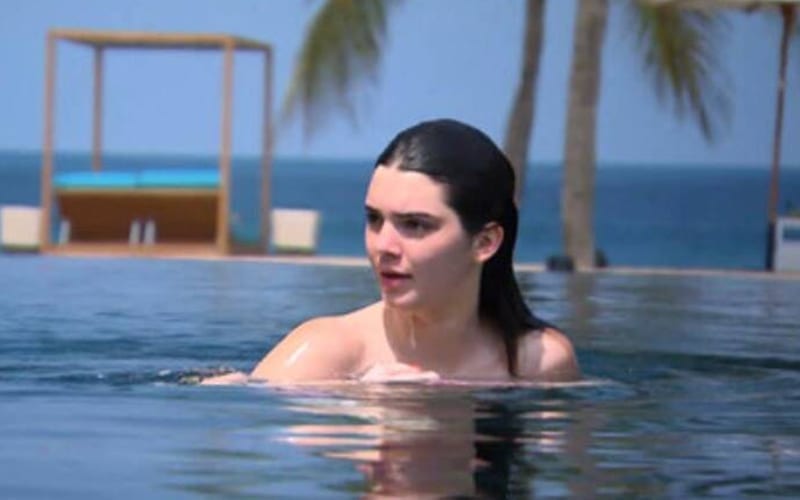 It seems Kendall Jenner simply can’t catch a break lately as naked man was said to have trespassed into her property and tried to skinny dip in her pool.

According to TMZ, a 27-year-old man got into Kendall Jenner’s L.A. home around 2 AM on Sunday and started to knock on windows while screaming her name.

Jenner’s security was on high alert and tried to track the man but he took off his clothes and tried to skinny dip in her pool. The man was apprehended by the security guards and was eventually arrested by police for misdemeanor trespassing.

It was stated that the man was detained in jail for six hours after which he was released due to COVID protocols at the jail. It was further added that since the troubling incident, Jenner bolstered up her security force which included more armed guards.

Jenner simply cannot stay out of trouble as this wasn’t even the first horrific incident that took place recently where she was involved. Recently, she had to get a restraining order against a different person as well.

There were other stalker related incidents that took place in 2018 as well. We certainly hope Jenner doesn’t get into trouble in relation to stalkers again as they seem to have a tendency to come after her.