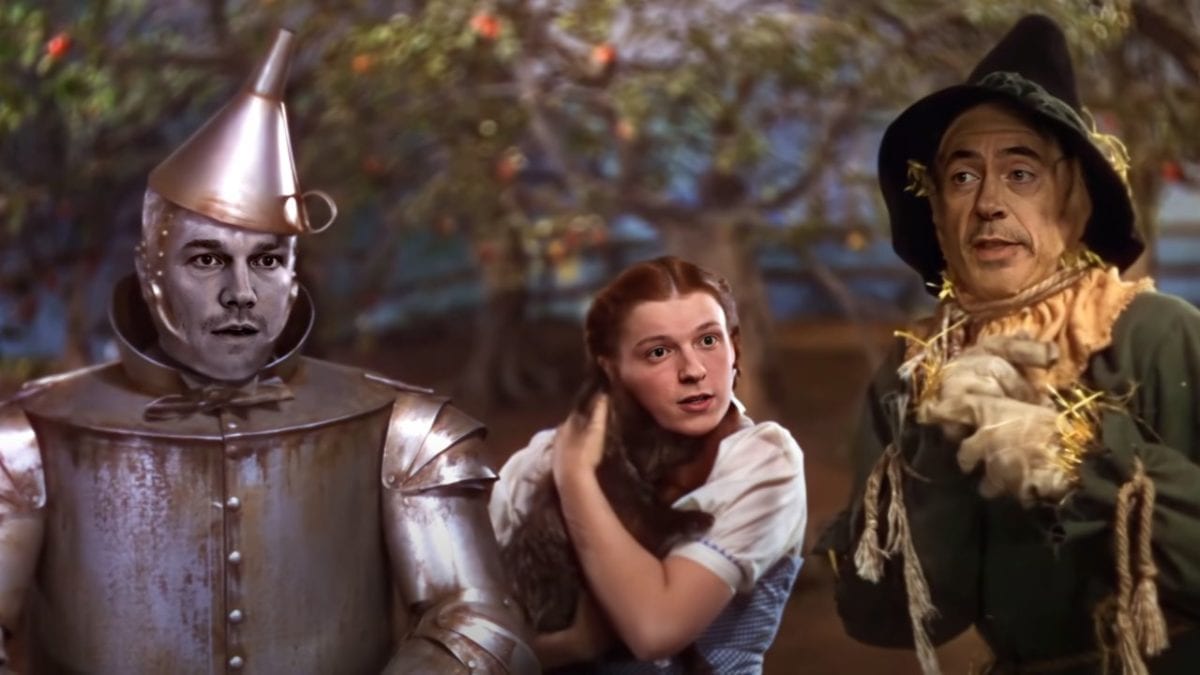 The original 1939 film The Wizard of Oz is a true classic in the history of cinema and it has also been parodied numerous times in various mediums over the years. The original cast included Ray Bolger, Bert Lahr, and Jack Haley as the Scarecrow, the Cowardly Lion, and the Tin Man, respectively.

Now it seems a new deepfake video based on the film is all the rage on the Internet as the video features Spider-Man actor Tom Holland and Iron Man actor Robert Downey Jr. as Dorothy and the Scarecrow respectively.

The video is designed as a mashup trailer for The Avengers and The Wizard of Oz, aptly titled The Avengers of Oz. The bizarre deepfake video also features Chris Hemsworth as the Cowardly Lion, and Chris Pratt as the Tin Man. Surprisingly, Stan Lee also appears as the Wizard of Oz.

A film as famous as The Wizard of Oz is set to get a remake as it was announced last month that the Watchmen TV show director had been hired to direct a remake of the show. We will have to see how the remake turns out to be.