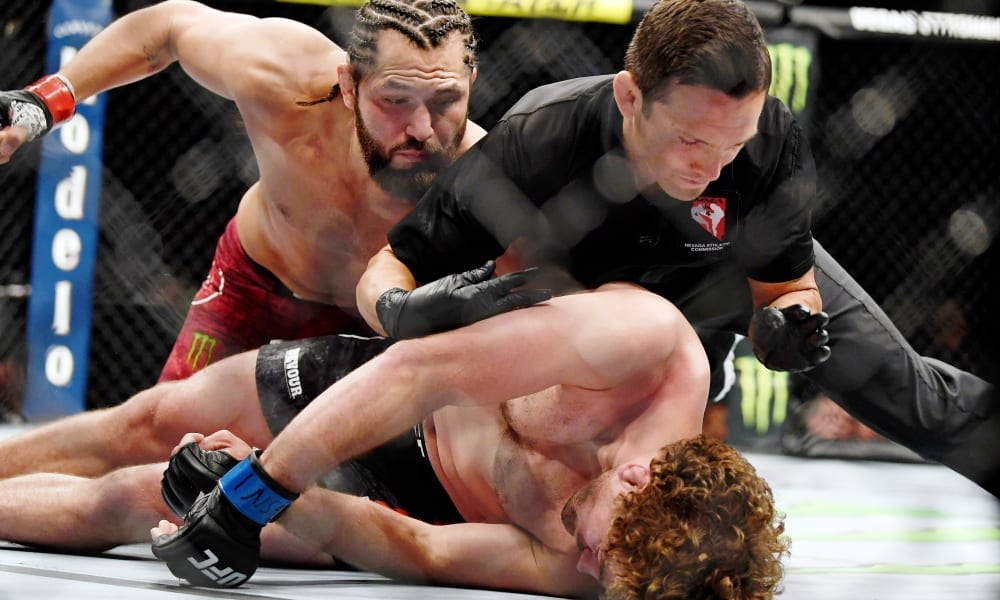 Retired MMA star Ben Askren will be competing against YouTube personality Jake Paul in a professional boxing match and Askren’s reputation is certainly at stake. Now it seems a person Askren is certainly familiar with took a shot at him.

UFC star Jorge Masvidal competed against Ben Askren at UFC 239 back in 2019, where Masvidal beat Askren in five seconds with a flying knee. The welterweight fight became the fastest-ever in the history of UFC.

Masvidal has actually trained Jake Paul in order to prepare him for his match against Askren. In fact, he also made an appearance via video call during the recent press conference ahead of the boxing match.

Masvidal also took to Twitter and continued to troll Askren as he said:

“The individual I buried does not represent MMA. He represents all the hardcore and casual crotch sniffers.”

Jake Paul is scheduled to face Ben Askren on April 17 at the Mercedes Benz Stadium in Atlanta, Georgia in the highly-anticipated match. Ben Askren can’t afford to lose the match as Daniel Cormier will certainly be ticked off if he does.