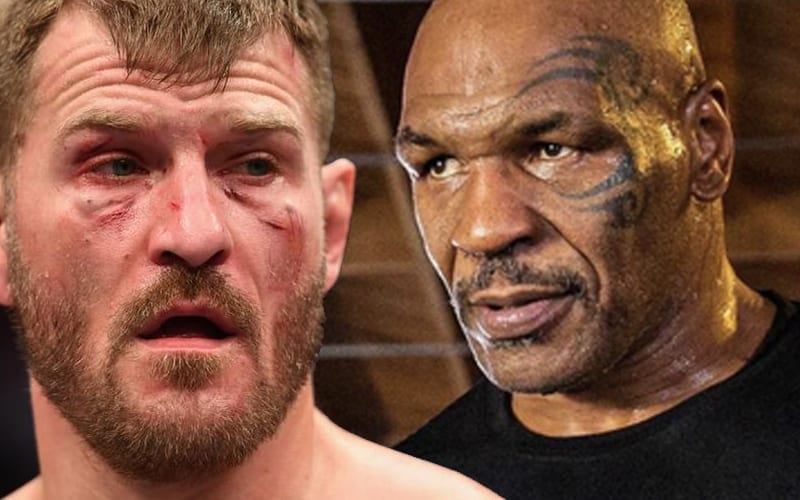 Stipe Miocic is undoubtedly one of the best MMA fighters in the history of the sport. It seems he is open to facing two very famous boxers but doesn’t want anything to do with a legendary boxer.

While speaking to TMZ Sports, Miocic stated that he is interested in squaring off against Tyson Fury and Anthony Joshua.

“I would love [a boxing match w/ Fury or Joshua]. It would be just a different — get out of my comfort zone. Plus it’s a fight, anything can happen and I know I can make something happen.

Miocic was then asked whether he had an interest in facing Mike Tyson in a boxing match. The UFC fighter wasted no time in saying he doesn’t want a piece of Tyson.

That dude looked exactly the same when he fought Roy Jones Jr. as he did when he was 20 years old so, no, I’m good. I love Mike Tyson. I think he’s awesome.”

Miocic is set to face off against Francis Ngannou in the main event of tonight’s UFC 260 event for the UFC Heavyweight Championship. We will have to see who will come out on top in the fight.