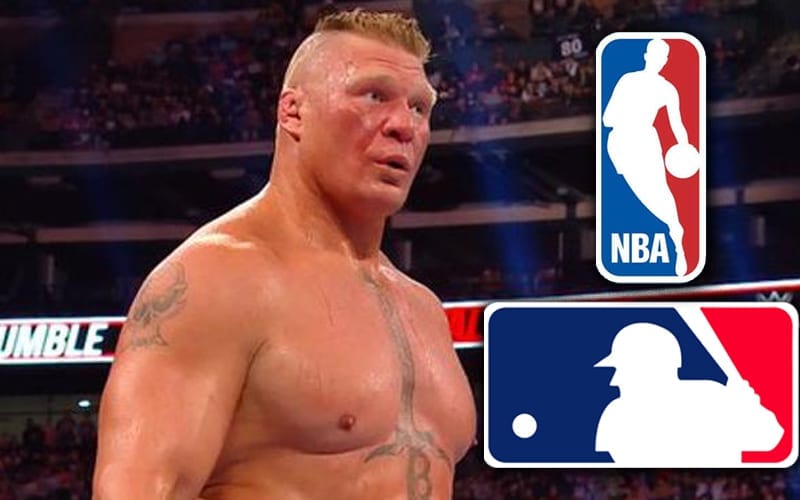 Paul Heyman used to act as Brock Lesnar’s on-screen advocate. He still keeps in contact with the Beast Incarnate and few people know what Lesnar is really planning.

While speaking to Give Me Sport, Paul Heyman was asked about Lesnar’s current status. He made it clear that WWE isn’t Lesnar’s only option. In fact, the former WWE Champion could also venture into other avenues of professional sports if he wanted to.

“Whether that’s him returning to WWE, or having another fight in UFC, or deciding to change the dynamic of the NBA and dunking a basketball, or in his 40s becoming a Major League Baseball player and hitting nothing but home runs, Brock Lesnar is going to do exactly what Brock Lesnar wants to do.”

Lesnar already tried his hand at the NFL, but he didn’t make the Minnesota Vikings. He did have a successful stint in the UFC where he became Heavyweight Champion.

WWE’s biggest show of the year is coming up on April 10th and 11th. We’ll have to see if Brock Lesnar is able to make his way back to WWE. He might just be lacing up some tennis shoes and hitting the basketball court instead.