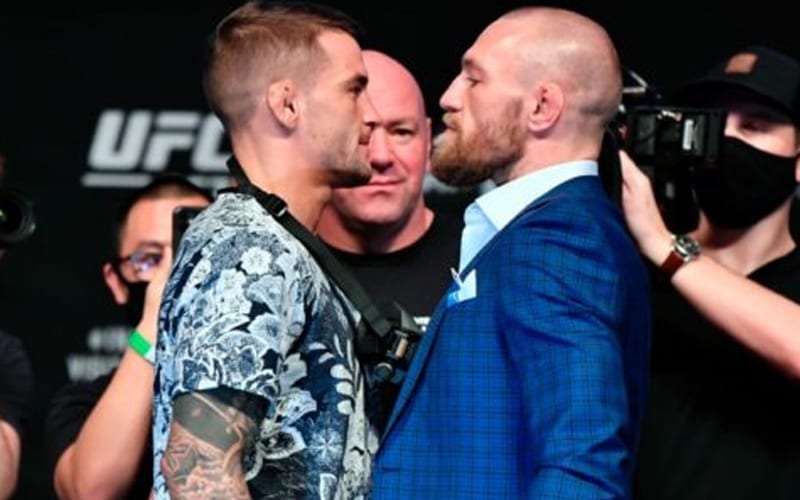 Conor McGregor still has unfinished business with Dustin Poirier. The two fighters are likely to cross paths yet again sometime this year, marking their eventual third encounter with each other. Now it seems we have an idea about the date for their upcoming fight in the trilogy.

While speaking with the media as part of the UFC 260 press conference, UFC President Dana White was asked about the upcoming Conor McGregor vs Dustin Poirier fight.

White revealed that the fight between the two could possibly take place sometime in July.

“Yeah, could be July. July makes sense, in that ballpark.”

McGregor and Poirier each have one win over the other so far. We will have to see which of the two competitors will win the third final match and whether it will truly be taking place in July or not.