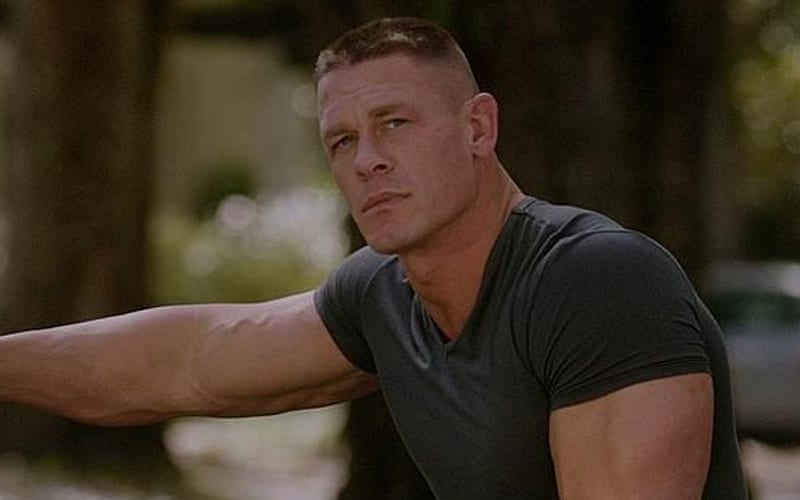 John Cena turned his WWE career into something far greater. He is now slated to have an amazing year that will surely lead to several more where he doesn’t slow down.

Fast 9 is set for a June 25th release date. That date was pushed back a few times, but hopefully the 9th installment of the Fast & Furious franchise will be worth the fans’ wait. Plenty of people can’t wait to see John Cena in a movie where he will be a bad guy opposite his on-screen brother Vin Diesel.

Suicide Squad II will see John Cena put on a helmet and play the Peacemaker. The sequel in the DC Universe franchise is currently slated for an August 6th release date. There is a lot of hype behind his film, especially due to Cena’s role as Peacemaker.

The Peacemaker is also getting a spin-off series on HBO Max. John Cena is currently up in Canada filming the show. This is the reason why he has to miss WrestleMania this year.

Vacation Friends looks to be an upcoming R-rated comedy for Cena. He is not afraid to flex his comedic muscle as he proved in Blockers and Trainwreck. A 2021 release date is planned for this film, but it hasn’t been locked down.

Project X-Traction is an upcoming film for Cena that he filmed a while ago in China with Jackie Chan. The action thriller has been in post-production for a very long time as it was shot in 2018 and hasn’t seen the light of day. As of this writing, the film doesn’t have a firm release date, but it is supposed to come out this year.

The Janson Directive is another film on Cena’s slate, but it’s unclear what the real status is right now. There hasn’t been a real update on the project in recent memory as it has fallen into development hell. This movie starring Cena, originally cast for The Rock, is about an ex Navy Seal and government agent who is sent on a big rescue mission when things go wrong.