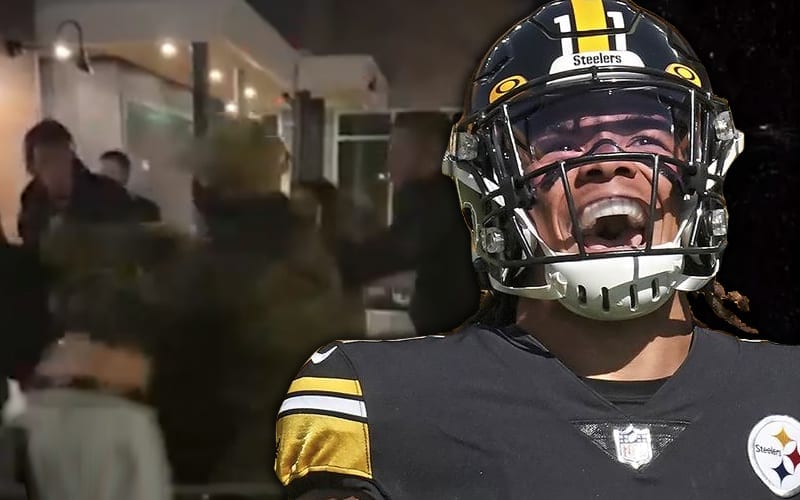 Pittsburgh Steelers wide receiver Chase Claypool was caught on video in a late-night bar brawl, and the entire event was captured on video.

According to TMZ, the 22 years old player, who just wrapped up an impressive rookie season, was out with some friends on March 13th when things took a turn for the worse.

Sources tell us there was an issue involving someone throwing dollar bills at a woman inside the bar, which sparked an argument … and eventually, things moved outside.

Chase was allegedly not the man who started the fight. He still jumped in and helped out his buddies when he saw they needed his assistance. At one point in the video you can see Claypool nail a dude with a kick right to the face.

The brawl calmed down and Claypool was removed from the situation as people yelled at him to back off. Both parties left the scene without any further incident.

Police confirmed that they received a phone call, but when officers arrived they were told that the fighters had already left the building. As of this writing, nobody has been charged with anything due to this wild brawl. It’s unclear if the Steelers will hand down any sort of punishment on Claypool.

We will have to see if the man Chase Claypool kicked in the face files any sort of lawsuit. So far that hasn’t happened yet.