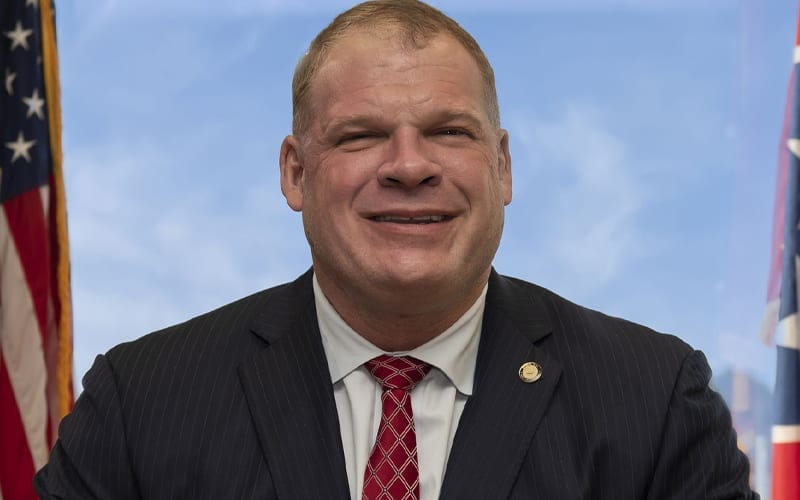 WWE Superstar Glenn Jacobs is better known as Kane. He is also Mayor of Knox County Tennessee and intends on staying that way.

Mayor Kane is bidding for re-election. He sent out a big press release to make the announcement official. The official election paperwork was filed in December and he will run once again in 2022 to keep his spot.

The presser stressed that “As Mayor, Jacobs has demonstrated strong, conservative leadership and focused on telling the rest of the world what Knox County citizens already know: Knox County is the best place to live, work, and raise a family.” He was also staunchly against mask mandates during the height of the COVID-19 pandemic.

Glenn Jacobs made a big pledge to his constituents if they elect him once again.

“Four years ago, I pledged to stay true to my conservative values as Mayor. Nobody could have envisioned a pandemic and the economic shutdown that followed, but I’m proud Knox County has been able to weather the storm without a tax increase. By tightening our belt and making smart cuts, we balanced our budget while continuing to make forward-thinking investments in our community. If re-elected, the public can expect four more years of leadership with conservative values top of mind.”

The former WWE Champion owned Jacobs owned Jacob Insurance Associates prior to becoming Mayor of Knox County Tennessee. Of course, he was also a WWE Superstar for over 20 years so definitely helped get over with some voters.

The Republican primary is set to take place on May 3, 2022, with the General Election following on August 4, 2022.