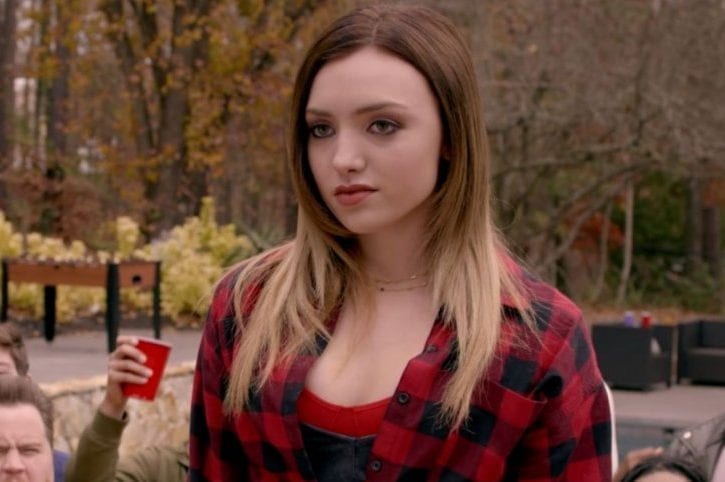 Peyton List has been portraying a student of Cobra Kai’s since the show’s second season. As she is playing the character of Tory Nichols, she had to make a sacrifice for the show that she still isn’t very sure about whether she likes or not.

List gave an interview to the Hollywood Life, where she ended up admitting that she had to make a compromise with how she looks in the show in order to fill her role better.

The actress, who is naturally a blonde, revealed that she had darkened her color because of her character in the season 4 of the show. While she wore a wig that was brunette initially, the writers made the decision to switch it up.

It was a big thing because last season I had a wig, and it looked horrible. It looked so bad, and so they said, okay, this season we dye it. It’s growing on me. I’m going back and forth, back and forth, hoping my hair doesn’t fall out of my head.

While she disclosed her dilemmas about the wig-hair color conundrum, she revealed how the 22-year-old actress manages to stay in shape for the fighting scenes that she usually has to go through for the show.

I have such a weird schedule with filming and also just a weird sleep schedule, even when I’m not. They do 24/7 classes, and they have so many options. It’s also martial arts-inspired, and there’s a lot of cardio and movements. I feel like I’m dripping sweat and getting all of my energy out. And I need that in a class. I feel like I need something intense. They have great teachers like Ai Lee Syarief, who is a professional martial artist in Switzerland. So I feel like that is the beauty of these online classes. We have access to these teachers that we never had access to before and a lot of these really cool professionals.

The star has previously opened up about the kind of rigorous training she had been undergoing for the show. In a feature with Women’s Wear Daily in January, the former Disney Channel actress revealed that she is training even when Cobra Kai is not under production.

[I]t’s this one little room and one bag, I just randomly found him — he’s my friend’s uncle. I want to get better. It really is such a fun way to learn self-defense, too, just for life.

While actress had been learning how to fight just for the sake of self-defense, it proved incredibly useful after she was casted as Tory in Cobra Kai. She said:

Every time I would feel like I was going to vomit. I just could not keep up. That workout was one of the most intense workouts. So that worked out for me, because for the last year I’d been throwing punches and kicks, and everything else in classes, and I would’ve been so lost without that [in the show].