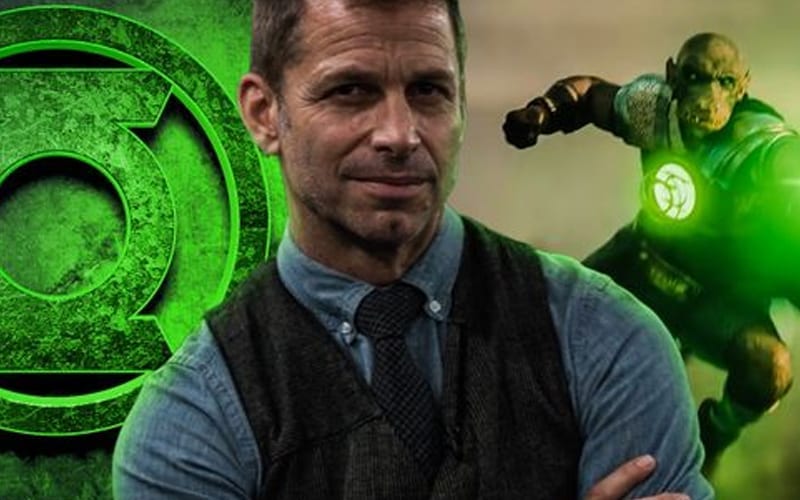 Zack Snyder’s vision which was encapsulated in the Snyder Cut version of the Justice League made its way to HBO Max recently and the reception has been nothing short of overwhelmingly positive. As many fans know, the journey to getting it released was far from smooth sailing.

Snyder wanted to use John Stewart’s Green Lantern as one of the main surprises for his version of the film. However, Warner Bros told him to remove Stewart from the film due to future plans for the character.

It seems this upset Snyder a great deal as he almost quit Justice League over it. While speaking to Esquire, Snyder talked about the ending to his version of the film.

He admitted that the scene featuring Martian Manhunter was supposed to include a Green Lantern. When Warner Bros made him change that, he almost quit the film.

So here’s the situation. In that whole sequence, the new is the Batman Joker scene. If this is my last DC movie, I felt it was going to be rude for me to have never gotten Batman and Joker together in a scene. And so I kind of came up with that scene. The last scene with Martian Manhunter, originally, I had shot it in England. And the dialogue was very similar, but it was supposed to be one of the Lanterns.

And then the studio had told me I wasn’t allowed to shoot anything. That there would be no film made of any kind. During production, that was a thing they insisted on. And I shot stuff anyway, of course, in my yard. And one of the things I shot was the Green Lantern scene. And then they asked me, when they saw the movie and saw that I put it in there, they’d take it out. And I said that I would quit if they tried to take it out. And I felt bad. The truth is I didn’t want the fans to not have a movie, just based on that one stand that I was going to take.

And the Green Lantern was John Stewart. And that was part of it too. I was like, I don’t want to take a person of color out of this movie. I’m not going to do it. And, but then, but I felt like having Harry Lennix’s Martian Manhunter at the end was, that was okay.

We certainly hope Snyder gets to create more sequels to his well-loved Justice League as he has proven to be able to create excellent cinema. Perhaps he might finally get around to making the solo movie for Cyborg that Snyder always wanted.