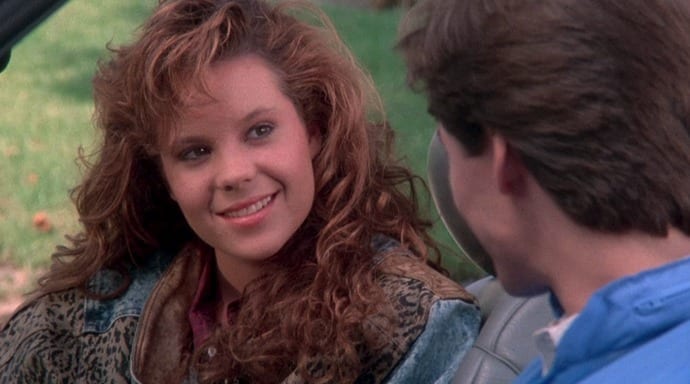 Jessica Andrews, originally played by Robyn Lively in The Karate Kid III, was a significant presence in the film. She plays of the romantic interests of the protagonist, before revealing that she is already in a relationship.

While Cobra Kai often incorporates and reintroduces characters from The Karate Kid franchise, Jessica is yet to show up on the show. While Jessica’s character has had a brief mention in the show’s second season’s episode 1, where Daniel talks to his daughter Samantha about his love interests in the past. After she tells him to tell her more about it, he replies:

That’s a story for another time. And then there’s a story after that. And that one.

He is quite possibly making a reference to his ex-girlfriend, Komiko and then Jessica. There are many re-appearances on the show of older characters from The Karate Kid franchise, so of course, it’d be natural of her to make an appearance.

While it is not yet confirmed that Robyn might be gracing the screen with her appearance, she spoke at lengths about her friendship with William “Billy” Zabka. who plays Johnny Lawrence on an episode of the “Below The Belt Show” podcast. She talked about working with Billy on an Amazon Prime show called “Gortimer Gibbon’s Life on Normal Street.”

We’re trying to have these Easter Egg moments, ‘like oh my gosh the audience is going to love this.’ You know, we’re in a dojo together.

Later on, Robyn revealed that she had texted Billy about wanting to reprise her role in the Cobra Kai series, so that fans can be aware of her trajectory as a character.

We’ve been texting, and I’ve been like Billy! You know, I need to be on this show. You know it must happen. It has to happen… I think it would be so much fun.

She also went on to clarify that she wasn’t a romantic interest to Daniel in the series. She said:

I was scripted to be the girlfriend, but then the age difference was so awkward that they ended up changing it so that I would just be his friend… Especially at the time, you know, I was 16 he was quite a bit older than me then. He was married. I was just a teenager.

While Robyn might be interested in reprising her role, it’s not entirely clear whether the scriptwriters and creators of Cobra Kai want the same thing. However, it is good to hope for her return, as many surprising appearances on the show have taken place.