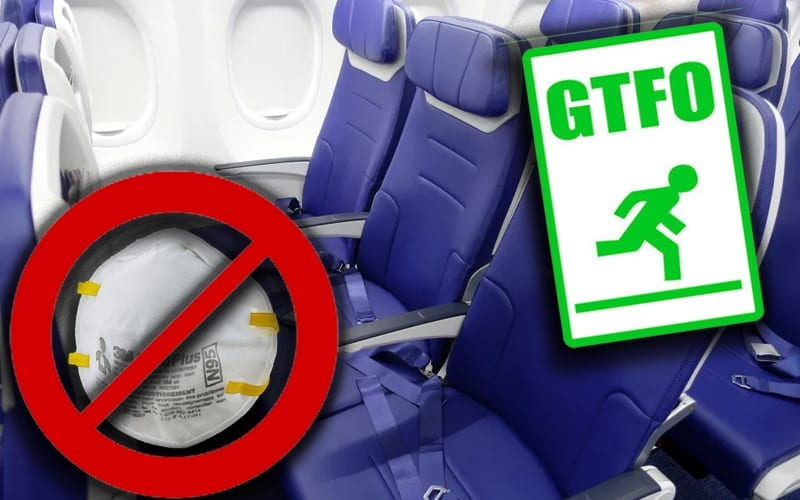 Masks are a serious business, especially if you’re trying to fly the friendly skies.

UFC fighter Cody Garbrandt was thrown off of a Southwest Airlines flight because his 2-year-old son wouldn’t wear a mask. He was not happy about this at all, and Garbrandt took to social media about it.

The former UFC Bantamweight Champion went off about Southwest Airlines’ policy to kick a 2-year-old off of a flight over a mask. His anger was very evident. The UFC fighter dropped a video on Instagram where he tried to confront the flight attendant who was throwing them off the flight. The caption for this video said it all.

Fuck @southwestair got kicked off because my 2 year old son wouldn’t put his mask over his face. This coward flight attendant hid his bitch ass in the bathroom.

The ordeal didn’t stop there because he had multiple posts about the incident.

Cody posted another video later on to admonish the pilots for not masking up on the flight. He took his phone right to the cockpit and caused quite a scene.

Kicking a two year old off a plane ride but your captains aren’t wearing their masks, while we all are full capacity sharing the same air! What a joke @southwestair

Southwest Airlines provided a statement to MMA Junkie where they apologized for the situation, but the staff was only following protocol.

“We regret this family experienced any inconvenience during their travel. However, federal law requires Southwest to ensure every person age 2 and over to wear a mask at all times throughout a flight, including during boarding and deplaning. In this situation, the customers opted not to fly on Southwest, and they were offered a full refund of their tickets.”

We’ll have to see if Cody picks a different airline from now on.