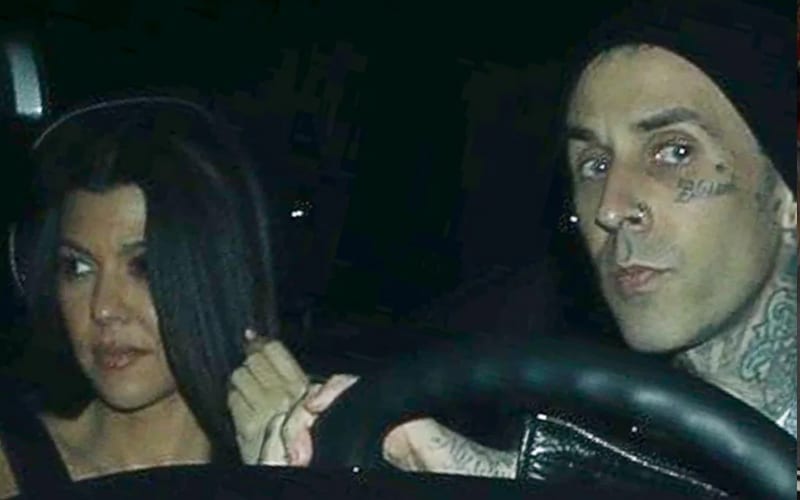 Travis Barker has been a fountain of new music lately, dropping incessant releases while working closely on the new Blink-182 record “Nine.” After surprisingly appearing on The Drew Barrymoore Show, Travis opened up about his relationship with Kourtney Kardashian.

After Barrymoore referenced an Instagram note from Kourtney to Travis, where Kourtney said that “may we destroy each other completely,” she said that she finds the sentiment quite hot, but wouldn’t herself want to be in such a relationship.

In response, Barker said that it’s really funny, because he’d prefer “to go in a blaze of glory.”

Later, Barker talked quite extensively about how he feels about dating someone without any children versus someone, like him, who has a family waiting for them every night.

So I’ve done both. Up until now, I would date girls that didn’t have kids. And I find it kind of hard because I think they would have trouble understanding like, ‘Well, why don’t you want to go to dinner every night with me?’ Or ‘Why don’t you want to see me every night?’ And now I’m spending time with a woman who’s, like, a great mom, who’s, like, a great friend. And you don’t have to worry about any of those things. It just comes natural. It’s like a maturity thing.

Braker also talked about the importance of space in a relationship. He urged the fact that people are supposed to give each other a lot of space, and it’s very important to miss someone instead of being with them 24/7.

I also really like missing someone and cherishing the time that I spend with them instead of, you know, every day being with them. Especially in the beginning of a relationship. I think missing someone is so important.