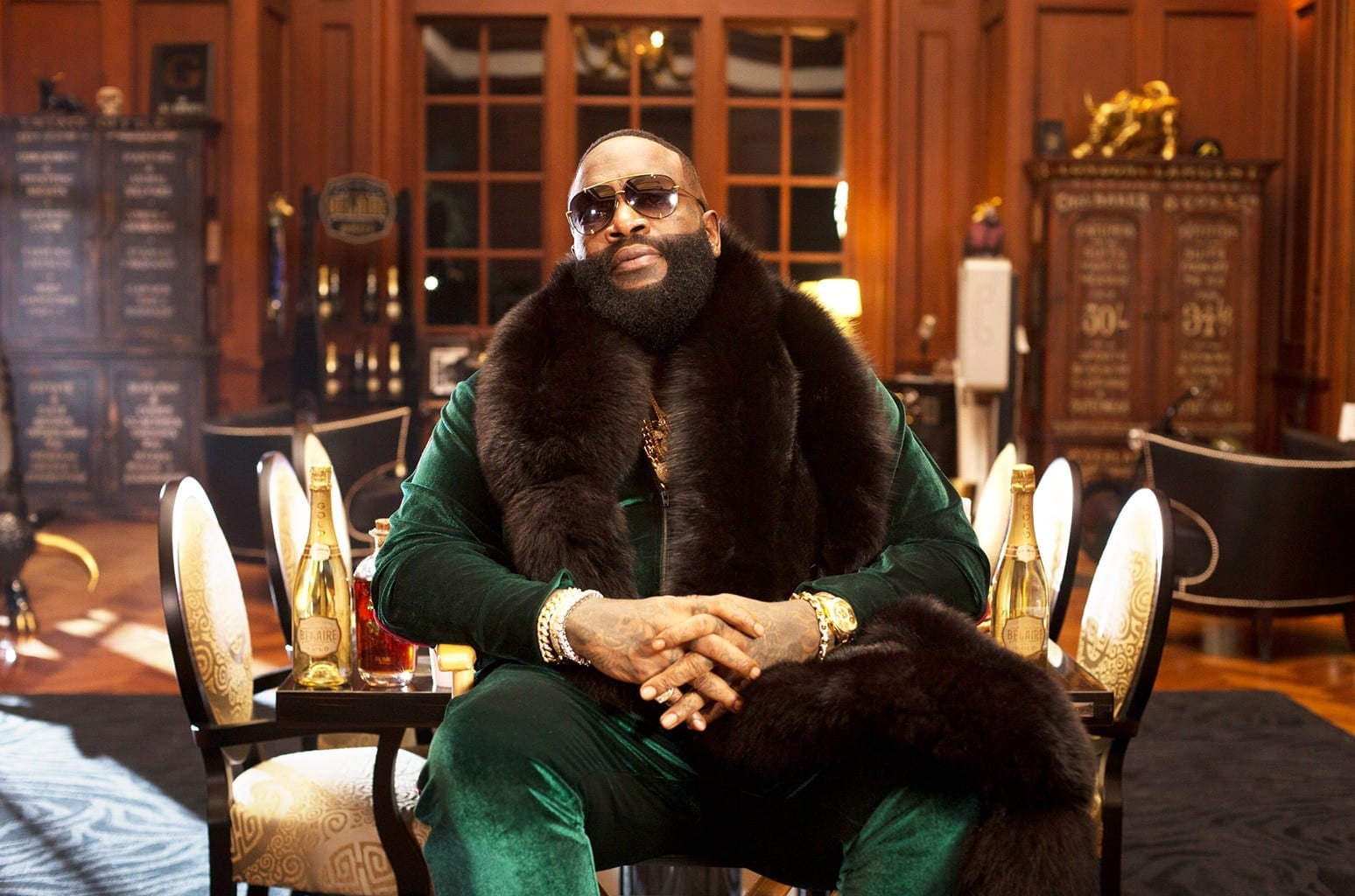 Rick Ross is one of those rappers who reportedly lives an affluent and kingly life. Variety revealed that the Zamundan palace, a fictional place in the movie Coming 2 America is actually Rick Ross’ own house, located in Carol City, Florida.

Coming 2 America’s production designer, Jefferson Sage, revealed how exactly the rapper’s Carol City estate came to be the place where most of the movie takes place. Jefferson said:

Our big problem was, where do we find a house that had the scale of the possibilities for a very lavish palace? That entrance foyer with the big two-story interior and double-winding staircase was perfect. Off of that, there were two beautiful big rooms with giant windows and 18-foot ceilings. We used five key spaces that we turned into Zamunda.

The most featured sections of Ross’ mansion were his dining room as well as his own bedroom, which stood in as the royal chambers. Ross was quite impressed by how the house was transformed by Jefferson, that he ended up keeping most of it in the same settings. He stated:

They changed the wallpaper in the dining room so I asked them to keep it up there. They also created that huge dining room table for a dining scene that seats 50-60 people, and they left that for me as a gift. It’s humungous.

Other changes to the house were done using the country’s 2 months worth of gold leafing supply along with some VFX & visual effects. Ross’ estate stands at 45,000 square-foot, while being close to the outskirts of Atlanta. Coming 2 America is out now on Amazon Prime Video.