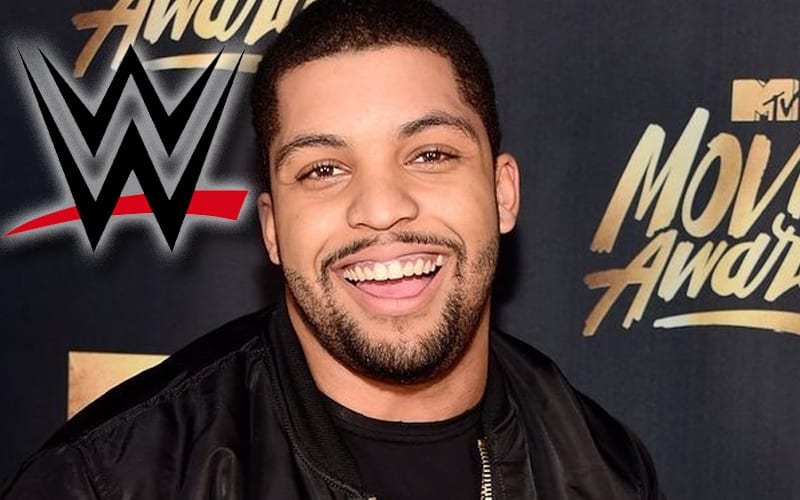 Following in your famous parent’s footsteps can’t be easy. Ice Cube’s son O’Shea Jackson can attest to that. He also sees others who are grinding to make a name outside of their parents’ shadows in an entirely different industry.

Oral Sessions with Renee Paquette recently spoke to the Straight Outta Compton actor about a variety of subjects. His respect for WWE Superstars who are doing their own thing also came up. He has a “soft spot” for people like Shane McMahon, The Usos, and Charlotte Flair who are grinding to make their own names in pro wrestling.

“I have a soft spot for Shane McMahon, I have a soft spot for Charlotte [Flair], The Usos. Everybody assumes that—yes it’s easier. But they look at the gift and they don’t look at the curse. The curse is that drive to even want to do it. There’s a burn that happens when you’re the first,” Jackson explained, “but when you’re the second-generation or third-generation, your life has been great because of the first, so you know, it’s just like ‘chill.’ But there’s a ‘want’ that has to happen for you to want to be on your own two feet that certain people in our position, generational, don’t have. And it’s OK! Your parents work hard so you don’t, you don’t have to! But those people that gotta get their ass up and get it done?”

“I would yell—at WrestleMania 32, Shane [McMahon] climbs up and jumps off of the Hell In A Cell, I yelled, ‘Shane, you’re a billionaire! You don’t have to do this!’ But he does, because he knows he’s laying his footprint. Shane McMahon has had some fuckin’ matches that Vince McMahon would never do.”

O’Shea Jackson is what WWE refers to as a “super fan” because he’s a fan and super famous. He has been spotted at a few pro wrestling shows, but the pandemic obviously nixed that. In the meantime, Jackson can enjoy WWE’s programming as a virtual fan as they continue in the ThunderDome.