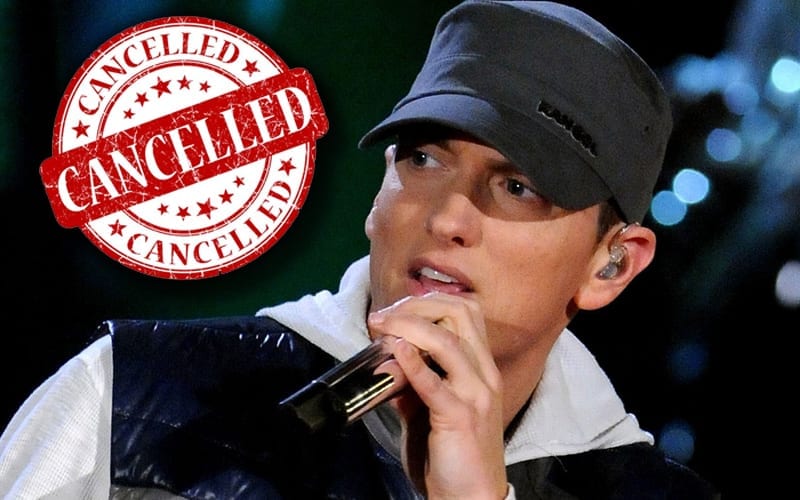 Eminem is a polarizing persona who has dominated the rap game for decades. His profanity-filled music has only left ONE WORD out of his vocabulary, but everything else is on the table. As we previously reported, Gen Z has an issue with his lyrics now.

The Cancel Culture is coming at Slim Shady over his lyrical choices. Phrases that have already created a controversy are now causing Gen Z’ers, just discovering Marshall Mathers’ lyrical stylings, to call out and wonder why he wasn’t cancelled decades ago.

As you can see below, one TikTok user really had an issue with his verse in “Love The Way You Lie.”

The viral attempts to Cancel Eminem have not proven successful. Eminem’s lyrics are no secret and they are also a part of culture. Grammy nominated “Stan” is about a fan who kills himself and his girlfriend because Shady didn’t write him back in time. He even performed the song live with Elton John at the Grammy Awards.

This loyalty to Eminem, and the fact that it’s nothing new that he has a controversial way about expressing his point, has caused many to tell Gen Z’ers to pick a new target. Eminem isn’t getting cancelled any time soon, but that won’t stop them from trying.

You can check out some of those responses to Cancelling Eminem below.