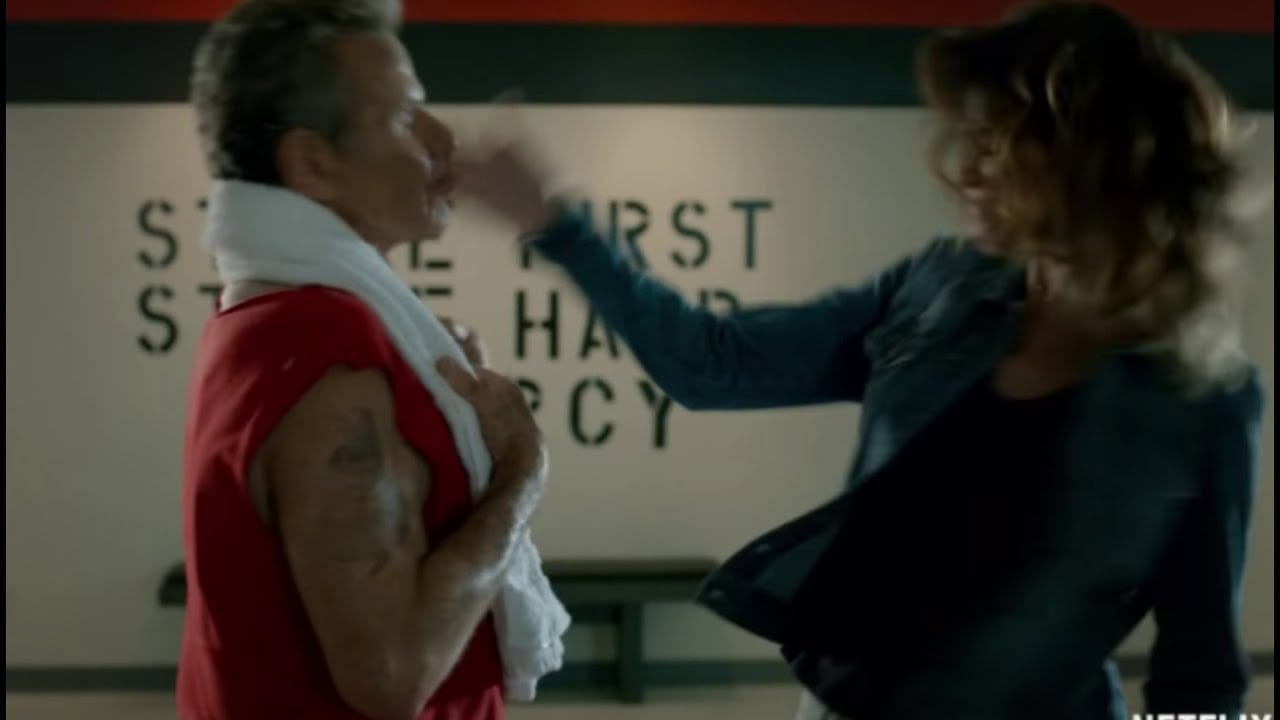 Fans of the Cobra Kai Netflix series are certainly aware of how Daniel LaRusso’s wife Amanda is in general, being very level-headed most of the time.

However, in the fifth episode of season 3, Amanda LaRusso went to the Cobra Kai dojo to confront John Kreese. After the verbal confrontation, LaRusso slaps Kreese very hard and said the following:

“You’re a sociopath. And I’m shutting you down if it’s the last thing I do,”

It seems that the scene, in particular, was not part of the script. While being interviewed by Collider in January, LaRusso’s actress Courtney Henggeler talked about the process of how the scene was shot.

”Every season, before we get started, the creators sit us down and kind of give us the general vibe of what our characters will be doing during the season and give us an idea what to expect, and they were like, ‘And, you’re gonna slap Kreese.’ And I was like, ‘I get a stunt!’ They’re like, ‘Eh, can we call it a stunt?’ But I was very excited.”

Henggeler then revealed that the scene where she slapped Kreese’s actor Martin Kove was not part of the script and was unintentional.

“They had a stunt coordinator there for me, because that was my big stunt. And Martin’s done a bajillion stunts in his days, so he was guiding me and they were all showing me how to do it so it looks like I’m hitting him,” explained the 42-year-old. “We do it a couple times and they’re like, ‘Alright, one more time, Courtney,’ and I’m feeling really good about myself, hauled off and just cracked him right across the face.”

Cobra Kai’s much-awaited fourth season is already underway and we will have to see when the season will finally make its way onto the streaming service.