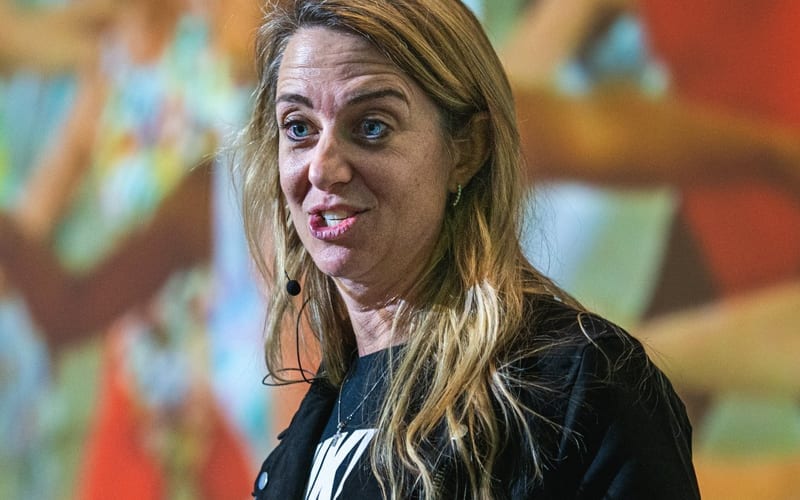 Nike has a very strict policy regarding reselling sneakers. Their employees are not allowed to resell retail value sneakers at a high price on their own.

Former Nike VP Ann Hebert had to leave the company when a family link got exposed for reselling sneakers through a private business. Her son, Joe, who resells sneakers through his company West Coast Streetwear, was exposed for using a credit card which is in Ann’s name.

A Bloomberg piece came out on Joe’s reselling. The reseller demanded that the credit card information be not brought up, but stopped communicating when he was inquired further about it.

In a statement to Complex given through email, Nike said:

Ann Hebert, VP/GM, North America geography has decided to step down from Nike, effectively immediately. We thank Ann for her more than 25 years with Nike and wish her well.

Ann Hebert made the decision to resign from Nike.

While Ann Herbert did step down, it seems that Nike itself didn’t consider her being in any sort of a violation. A spokesperson from Nike responded to the Bloomberg piece and revealed that Ann had already given the company information about her son’s business, and they found no policy violation through its conducts.

The Bloomberg piece also talked about the SNKRS app, which is a platform for primary and secondary online sneaker buying & selling/reselling. Nike prevents the platform from unfair use of bots, which help resellers acquire a lot of shoes at an inhumane speed. The piece claims that Joe Hebert used bots to acquire stock worth $132,000 for reselling from the Kanye West’s Yeezy Supply online website.

Whether Ann was in the wrong or not, it’s hard to determine. It seems like the company either wasn’t clearly in the light about West Coast Streetwear, or didn’t mind it despite knowing the full story.