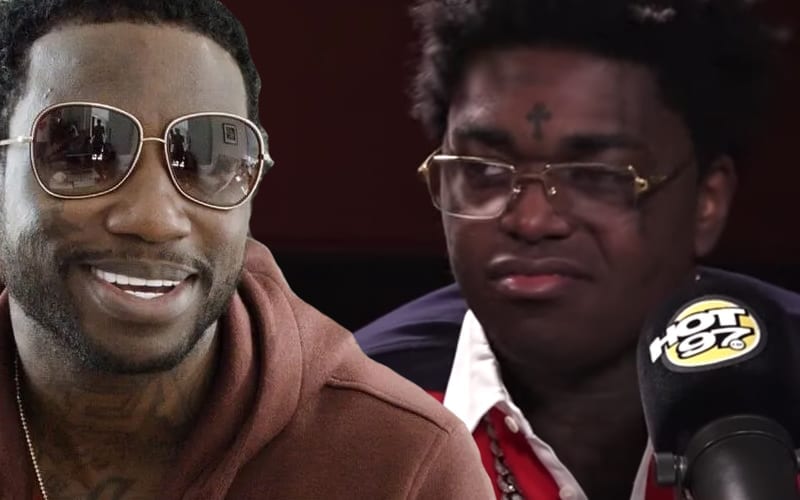 It is no news that most Kodak Black fans are spreading rumors about him being a clone from the government. Kodak Black has had enough, and he even broke his silence on the ridicule the fans had been putting him through.

Black had an Instagram live session where he let the fans know what he really feels about the rumors. However, it seems that Gucci Mane, who was called a clone by his fans himself after getting a release from prison in 2016, found the perfect man to troll.

After Black ran into Gucci Mane, he got circles ran around by the rapper on Instagram, where Gucci wrote:

Is this the clone or the real one? @kodakblack

Of course, Black retaliated with a diss to the rapper. He hopped into his car and freely threw some ridiculous insults on Gucci.

Ay you, ay you n***a, Gucci Mane, Radric Davis, Wizzop, Guwop, all that. I’m glad my comeback game wasn’t too much on point tonight, n***a,” said Kodak. “When you said, ‘oh, is you a clone?’, you know what I should have hit you with? ‘B*tch, I might be!’ That’s what I should have told your little ugly ass. You got that smooth ass haircut but no waves on that motherf*cker. All that motherf*cking pomagrenade [sic], all that grease on that motherf*cker and you got no waves on there. Ayo, Keyshia! You need to make some product, wave product, for that n***a. Smooth ass haircut, not a damn ruffle up there.

It seems like both of these rappers, no longer bounded jail, are enjoying themselves freely after going through the same rumors of being a clone. It only goes to show that people can bond over anything.