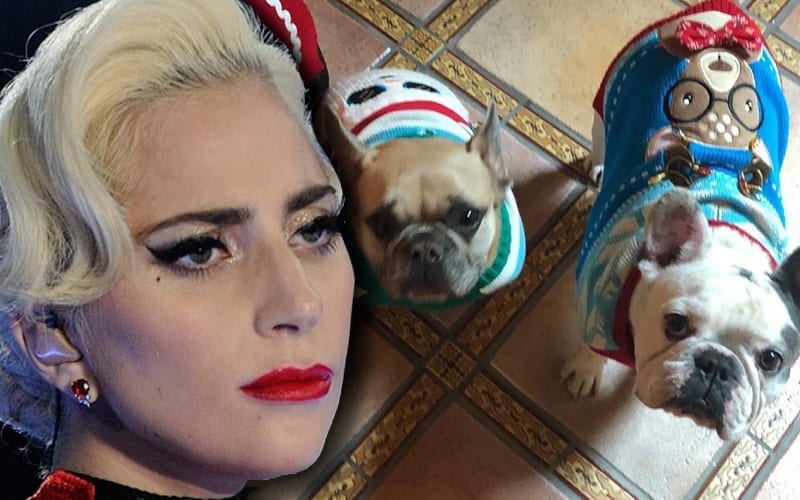 Lady Gaga’s dogs were stolen while they were being walked in Hollywood by their dogwalker Ryan Fischer. This is a tragic story, because Ryan was shot, but the dogs were safely returned.

Authorities now tell TMZ that they have some reason to believe that this attack was random, just because Gaga’s dogs are French Bulldogs, a very valuable breed. French Bulldogs are hot targets for robberies, and police think that the dogwalker might have been spotted a few blocks before the attack.

Fischer was at a liquor store just before the attack, and he got 7 blocks away before he was robbed. After visiting Almor Wine & Spirits on Sunset Blvd, a heavily lit area, the dogwalker carried on with his duties. Then a white sedan pulled up before two people got out when he was shot and robbed.

Later on, a woman allegedly saw the dogs tied to a pole in an alley and returned them to the police. Apparently, the robbers realized whose dogs they jacked and decided not to take Gaga up on her “no questions asked” $500,000 reward. Thankfully, they were found unharmed and returned.

It is assumed that the robbers might have gotten a good look at Gaga’s expensive pooches at the liquor store and this is when they decided to rob the dogwalker. As of this writing, the criminals responsible for stealing Gaga’s dogs and shooting Ryan Fischer are still on the loose.