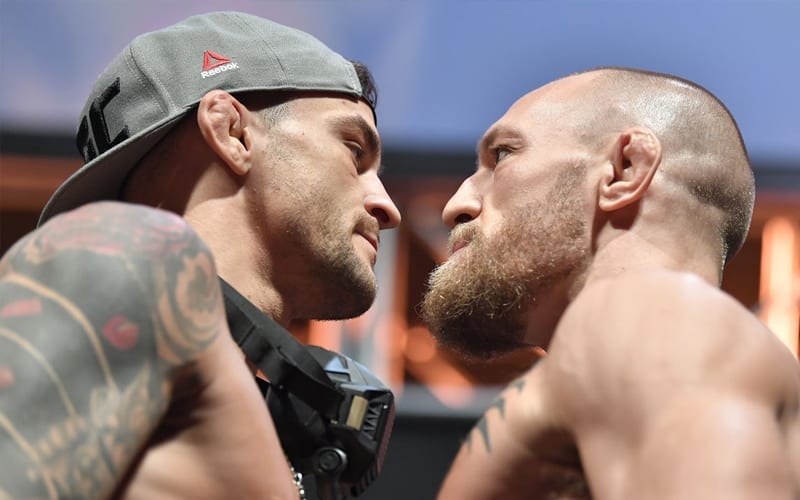 UFC veteran Dustin Poirier and Conor McGregor are no strangers to each other. Poirier recently defeated McGregor at UFC 257 with a second round TKO.

While being interviewed in a recent podcast with Joe Rogan, Rogan asked Poirier if McGregor should get a UFC lightweight championship match. Poirier expressed his dislike of seeing McGregor in a title match.

Poirier stated that McGregor doesn’t deserve to be in a title match as he lost his last two fights and simply isn’t credible enough.

“Conor has been away for so long. His last two fights at 155, he’s lost, so you can’t put him in there for a title fight.”

The fact of the matter is that there isn’t any way UFC could have McGregor in a title match after his two successive losses, particularly in one of the most well-rounded divisions in UFC. Poirier mentioned the likes of Charles Oliveira as well, who should be given a title match instead.

“How could you justify doing that when you have guys like Oliveira?”

We will have to see what is next in store for Conor McGregor as he certainly needs a proper comeback.