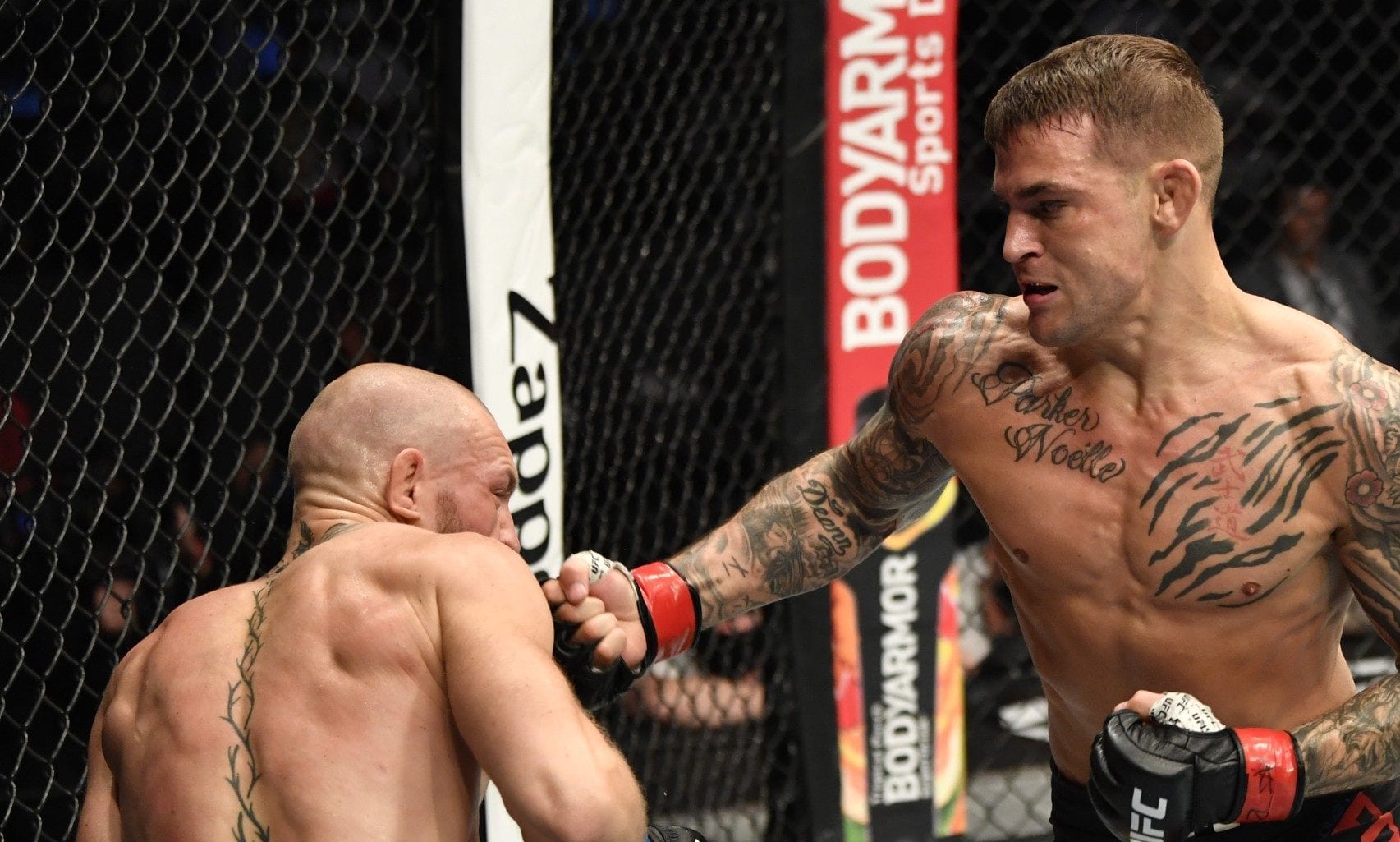 The renowned UFC commentator, Joe Rogan shared some really interesting insights on his podcast on what he felt were the reasons for Conor McGregor’s devastating KO against Dustin Poirier.

One of the key parameters that was pointed out by Rogan was the fact that McGregor has made money while winning as well as while losing. It was due to this that his loss at UFC 257 did not really have any impact.

Rogan also noted several other things, including the most notable calf kick.

The thing is [McGregor] is heavy on that front leg, [he has a] wide karate stance and he’s always doing this, when that leg is available for the low calf kick that changes everything, changes your whole approach, and Conor is also a guy never been known to switch back and forth. He doesn’t like to have his left leg forward, that’s not a common thing for him.

So, once his leg is getting chewed up, it’s not like he’s got that option, like he can fight just as good from orthodox.

Rogan also pondered on various other factors including Poirier’s weight cut for the featherweight category along with his overall improvement.

At 145, Dustin was depleted and diminished. At 155? He’s f-cking huge. He doesn’t even look like a 55er. He looks like a 70; his back is f-cking gigantic. And look at Dustin’s series of victories, look at the people he beat. He beat the sh-t out of Max Holloway. That’s crazy.

There are rumors that UFC is planning a rematch between Poirier and McGregor this summer. With the approach of the last leg of the trilogy, fans can only speculate how McGregor will deal with Poirier’s kicking game.

Is this the start of McGregor’s downfall? Let us debate in the comments.