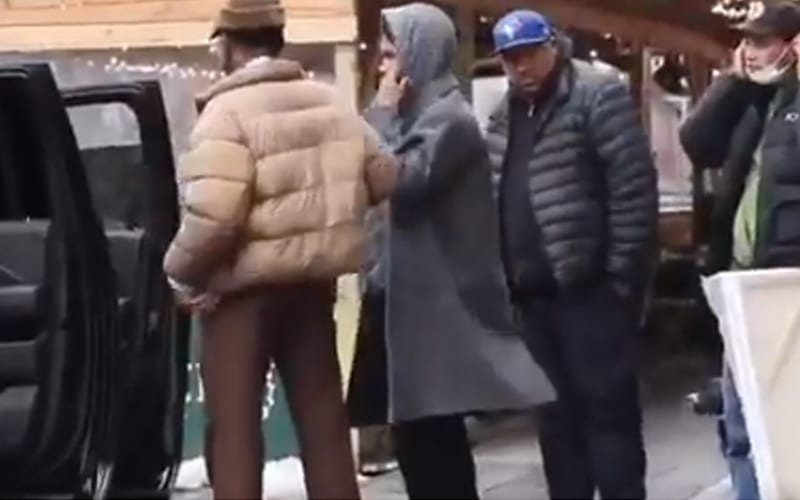 Frank Ocean is the kind of celebrity who has always kept himself private. He is not one of those who keep appearing in public so that fans are always caught up with what they’re up to. After many months, Frank has finally graced his fans with a public appearance.

The Blonde rapper was seen recently with Tyler, The Creator, which finally made his fans a little relieved. The Hollywood Fix’s photographers got the golden opportunity to clip Tyler and Frank hanging out together. The clip shows Tyler walking to his car in New York City, waiting for Frank who comes walking a few seconds later.

Tyler, The Creator & Frank Ocean were spotted together today in NYC👀 pic.twitter.com/XUIcXKSpI1

Frank was without any security guards around him, wearing a grey pea coat, a beanie and sneakers from Adidas. While him hanging out with Tyler doesn’t necessarily mean any new music coming, it still reassures fans that he’s doing fine.

While the pandemic and subsequent lockdown was hard on everyone, Frank had more to deal with in his personal life. His brother, Ryan Breaux, died in a car accident last summer, so Frank had to keep his public appearances to a minimum to cope with his tragic loss.

After seeing Tyler and Frank together, many fans rejoiced and expressed their relief at seeing Frank doing well.

i hope he’s doing okay. him putting his hood up obviously shows he isn’t ready to be seen yet… 🙁

Lmao @ the people walking by, not know they’re walking next to KINGS