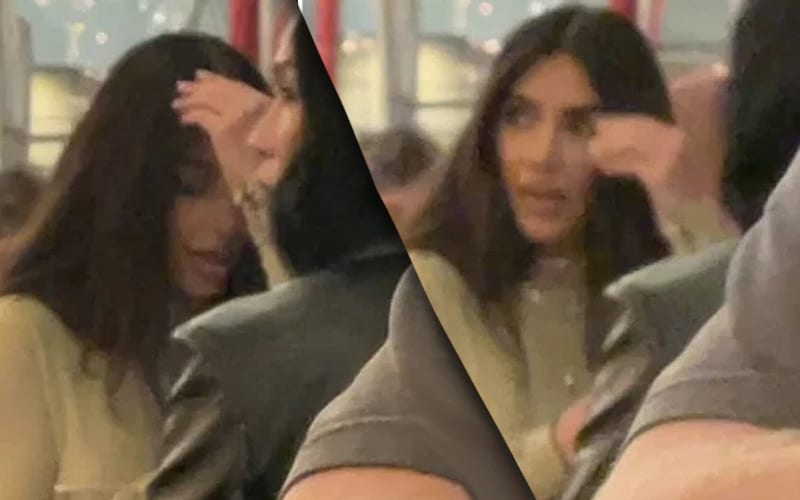 Kim and Kanye are splittsville, and that means they must move on. Kim Kardashian has some ladies around to help keep her mind off the messy situation of divvying out that $70 million in unclaimed assets.

Kardashian was spotted out at a ladies night with friends at Matsuhisa in Beverly Hills on Tuesday, Feb 23rd. She was noticeably missing her wedding ring.

Kim caught some attention when she uploaded a photo of herself — post divorce news — while still wearing her wedding ring from Kanye. It’s obvious to see now that she has since taken it off, and that was likely an older photo.

Witnesses say that Kardashian was out with her old assistant Stephanie Shepherd and “a few other girlfriends.” Kim was also “wearing a seafoam green skintight dress with a diamond cross on.”

They didn’t have any cameras around, so this wasn’t for any reality television. This was just Kim and friends hanging out and blowing off some steam. Kardashian probably has plenty of steam to blow off.