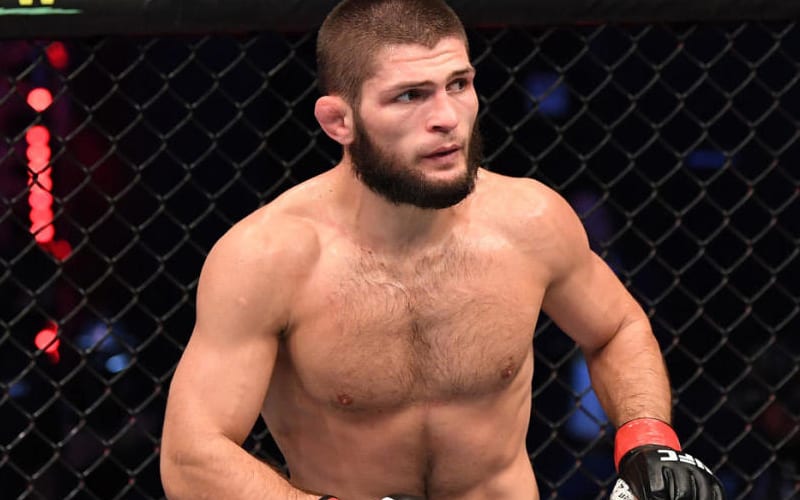 Khabib Nurmagomedov recently gave some hope that he would be open to a return to the UFC after retiring. Dana White believes that the door isn’t shut either and a comeback can happen.

It was thought that Khabib might step back into the Octagon for one more fight. He wants to get that 30-0 record and Dana White has really pulled for this fight under the right circumstance. Now Khabib seems to be softening to the idea.

On frequent opponent in mind for Khabib is Georges St-Pierre. A Khabib vs GSP fight would bring a lot of interest, and Khabib recently said in a media scrum a return isn’t impossible for him to imagine. He needs to get to the right weight, but he didn’t say no.

“I won’t fight at 170. That’s for sure. It’s not my natural weight. When I’m in shape, my weight is around 180. To cut down to 177 and weigh in around 176 on fight night against the best fighter of the weight class in the history of the sport?”

“You know, it reminds me of my childhood. When you’re fighting a karate guy, taking him down and he is like, ‘Hey, let’s stand up and fight like men!’ ‘But we started the fight on the feet, you know what I’m talking about?’”

There is a lot of money and pride involve in this situation. We will have to see how everything pans out, but Dana White is definitely a fan of getting this fight together and he might create the right circumstances for Khabib’s return.