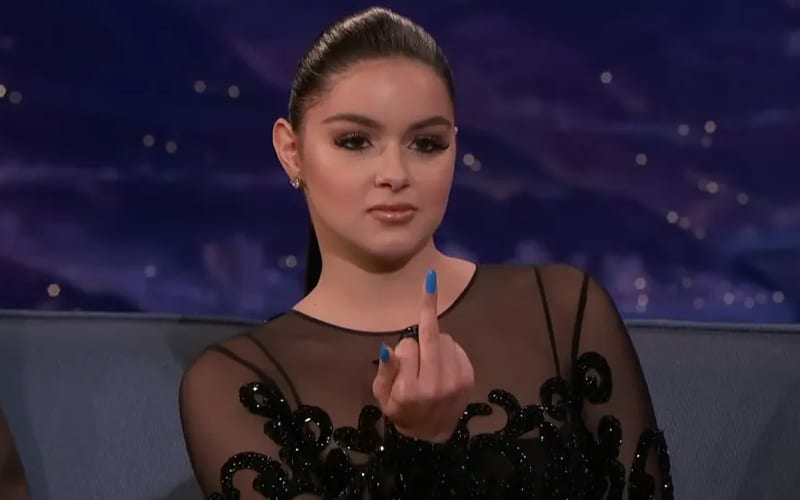 Ariel Winter, of Modern Family fame, just went off on Tennessee lawmakers after a bill was introduced that would give rights to a man to petition the court to stop an abortion. She’s not cool with that at all, especially because the man doesn’t need the pregnant woman’s consent first.

Winter, who just turned 23-years-old, jumped on Instagram to call out these men writing a law about what women can do with their bodies. Even worse, the law would give men even more control over women’s bodies!

The bill was sponsored by two Tennessee lawmakers and it makes NO EXCEPTION for rape or incest either. If the man wants to stop an abortion — then he can. Winter is fuming about his.

ARE YOU F*CKING SERIOUS?????? NO EXCEPTIONS????? BANNING ABORTION IS BAD ENOUGH BUT NOW YOU’RE TELLING ME THAT A RAPIST CAN DECIDE WHETHER OR NOT THEIR VICTIM CAN GET AN ABORTION????? WHAT IF AN 11 YEAR OLD CHILD IS RAPED AND GETS PREGNANT? WE’RE GOING TO ALLOW THIS????? WE’RE GOING TO TELL THAT CHILD THAT SHE HAS TO CARRY AND RAISE A RAPIST’S CHILD? WHAT’S NEXT? HE’S GUARANTEED VISITATION/CUSTODY RIGHTS TOO?

She posted the above in an Instagram story as a note over an article about the bill. You can find a screenshot from her Insta below.

This message from Ariel Winter likely won’t hit home in Tennessee, but she definitely got her point across.