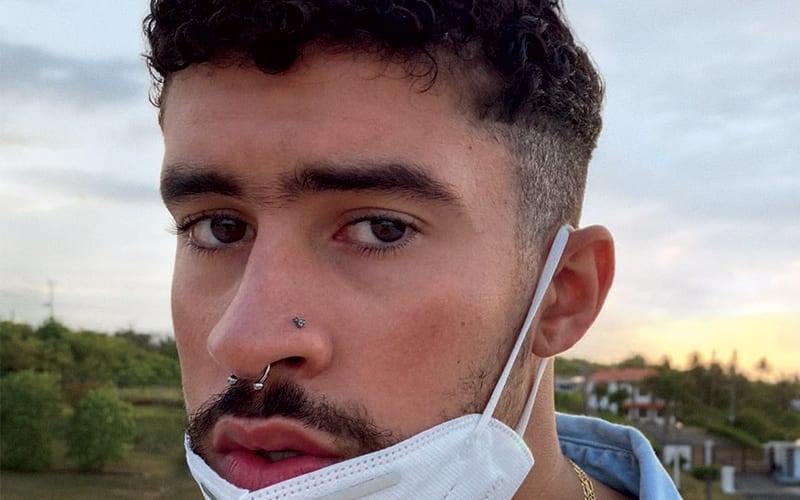 Bad Bunny is set to appear on SNL this week as their musical guest. He appeared, in facemask, for a promo to promote the upcoming Saturday Night Live episode.

Host Rege-Jean Page suggested that he change his own name to “Rege-Jean Bunny.” Melissa Villaseñor then suggested that she go by “Bad Melissa.” Bunny had no interest in changing his name at all.

“Bad Bunny is already cool, so I’m gonna keep it.”

Bad Bunny is also the current WWE 24/7 Champion. We’ll wait and see if he takes any bodyslams or roll-up pins on SNL. He did not appear with that title in this promo. That doesn’t mean he left it in Jacksonville with WWE at the ThunderDome.